Ebola: Liberia Economy by the Numbers 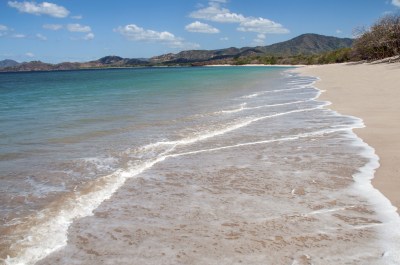 Source: Thinkstock
Among the most troubling aspects of the spread of the Ebola virus is that the nations hit hardest are among the poorest in the world and, therefore, have few resources to treat those with the disease and prevent its spreading.

Liberia ranks 126th among all nations based on population, at 4.4 million.

Liberia is among the poorest economies in the world, ranking near the bottom of the list in gross domestic product (GDP) and income per person, among other things.

In the IMF’s evaluation of Liberia in April, the organization reported:

Liberia’s economic performance in 2013 was strong and the outlook for 2014 is positive. Real GDP growth is estimated at 8.7 percent in 2013 reflecting increased iron ore production and an acceleration in private and public investment. For 2014, GDP growth is projected to moderate to about 6 percent, as mining output stabilizes.

Budget implementation through December 2013 has been constrained by revenue shortfalls. The overall fiscal deficit is still projected to reach 3.8 percent of GDP in 2014 (fiscal year), as envisaged at the time of the last review, as the authorities were able to reduce current spending. The authorities are strongly committed to preserving current expenditure savings and to implementing decisive measures to raise revenue collection in the reminder of the fiscal year, including by addressing the backlog of taxes in the concessions sector and collecting fees owed by state entities.

Those positive assessments have almost certainly been wiped out by the spread of disease.

The economy is commodity driven, which may help its growth over time. The CIA Factbook’s report reads:

Liberia is a low income country that relies heavily on foreign assistance. Civil war and government mismanagement destroyed much of Liberia’s economy, especially the infrastructure in and around the capital, Monrovia. Many businesses fled the country, taking capital and expertise with them, but with the conclusion of fighting and the installation of a democratically elected government in 2006, several have returned. Liberia is richly endowed with water, mineral resources, forests, and a climate favorable to agriculture, and iron ore and rubber have driven growth in recent years. Liberia is also reviving its raw timber sector and is encouraging oil exploration. President JOHNSON SIRLEAF, a Harvard-educated banker and administrator, has taken steps to reduce corruption, build support from international donors, and encourage private investment. Rebuilding infrastructure and raising incomes will depend on financial and technical assistance from donor countries and foreign investment in key sectors, such as infrastructure and power generation. The country achieved high growth during 2010-13 due to favorable world prices for its commodities. In the future, growth will depend on global commodity prices, on sustained foreign aid, trade, investment, and remittances, on the development of infrastructure and institutions, but mostly on maintaining political stability and security.

As many experts have observed, that aid has to come in the form of medical aid, for the time being, or the Liberian economy could suffer a decimating blow.

SEE ALSO: The Worst Economies in the World