Federal Reserve Stays Dovish in Last FOMC Meeting Ahead of 2015 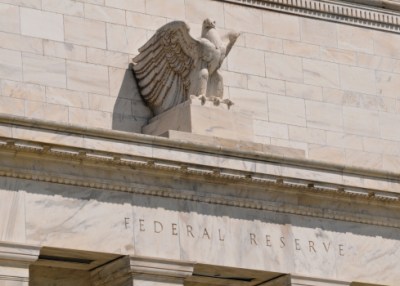 Source: Thinkstock
Wednesday marked the last Federal Reserve meeting for the year 2014. The big question was whether Janet Yellen and fellow members of the Fed would leave in the “considerable period” or “considerable time” terminology for how long it would be before interest rates were raised in the United States.

The December meeting was a vote of 7-3 for the Fed Funds action. Most Fed members still see the first rate hikes taking place in 2015. That was 15 of the 17 members, with two members seeing rate hikes starting in 2016. The Fed’s language changed a bit, but the reference “considerable” was maintained.

24/7 Wall St. has included the key comments in the statement, as well as listing the new multiyear economic forecasts by the Fed for gross domestic product (GDP), inflation, unemployment, and Fed Funds. The Fed’s key statement points said:

Based on its current assessment, the Committee judges that it can be patient in beginning to normalize the stance of monetary policy. The Committee sees this guidance as consistent with its previous statement that it likely will be appropriate to maintain the 0 to 1/4 percent target range for the federal funds rate for a considerable time following the end of its asset purchase program in October, especially if projected inflation continues to run below the Committee’s 2 percent longer-run goal, and provided that longer-term inflation expectations remain well anchored.

When the Committee decides to begin to remove policy accommodation, it will take a balanced approach consistent with its longer-run goals of maximum employment and inflation of 2 percent. The Committee currently anticipates that, even after employment and inflation are near mandate-consistent levels, economic conditions may, for some time, warrant keeping the target federal funds rate below levels the Committee views as normal in the longer run.

The three dissenting votes were as follows:

The most recent inflation data have posed a troublesome task for the Federal Reserve. How do you raise interest rates when you are on the verge of not just sub-standard but deflationary? Still, here are the median outlooks for Fed Funds over the coming years:

GDP prospects for the years ahead were projected as follows:

Inflation targets were listed as the following for the years ahead:

Unemployment was projected to have the following targets for the years ahead: