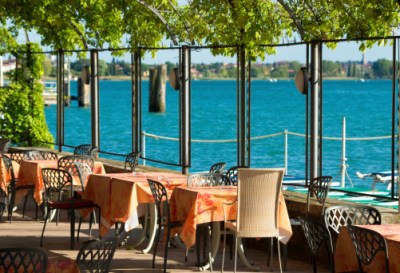 Source: Thinkstock
If investors want any good economic news, they are getting at least a bit of it from the Markit Flash U.S. Services PMI reading. At 55.2 in August, the report showed a solid pace of U.S. service sector growth being maintained. Unfortunately, Markit showed that new business volume was expanding at the slowest rate for seven months.

That 55.2 reading was also down from 55.7 in July, but it remains well above the neutral 50.0 threshold, and Markit showed that this was still close to the average of the past six years. Bloomberg had a consensus estimate of 54.8.

Companies with higher business activity were shown to have generally cited improving U.S. economic conditions and rising new business volumes during the latest period. To put the slowdown in new business growth in perspective, it may help that this was from the three-month high recorded in July. Respondents indicated more subdued business sentiment and cautious spending patterns among clients.

The rate of service sector job creation was unchanged from the solid pace seen during the previous month, and this marked five and a half years of sustained job creation across the service economy.

An assessment from business services of the business outlook for a year ahead also picked up from the 37-month low recorded in July, although it was still one of the weakest readings seen over the past three years and well below the peak recorded in January 2014.

Another observation was on prices, pointing to the weakest rate of service sector cost inflation since March. Firms noted that lower fuel prices had contributed to reduced pressure on their operating costs. The seasonally adjusted index measuring service providers’ average prices charged went under that 50.0 neutral rating to 49.9 in August. This marked the first negative report since June of 2013.

One thing investors and economists will take into consideration here is that Markit’s data were collected between the 12th and 24th of August. That means this did not take much of the latest slide from China and the stock market into account.