Petrobras: A $25 Billion Share Offering, A Challenge To Deepwater Drilling 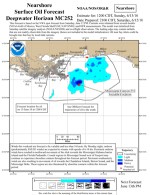 Petrobras, the huge oil firm controlled by the Brazilian government, plans to raise $25 billion in the capital markets–one of the largest share offerings in history.

The money will go to support the cost of drilling for reserves off Brazil’s coast which are in water perhaps as deep as any in the Gulf of Mexico. The Brazilian government does not have many qualms about this sort of exploration and production. It has not put a moratorium on offshore activity. As a matter of fact, Brazil has taken $10 billion from the Chinese to help finance the recovery of oil from the Atlantic ocean. The deal is in exchange for a steady flow of crude for the People’s Republic. Some estimates are that the deposits may as large as those of some big fields in Saudi Arabia. If so, Brazil would become the largest oil-producing nation in Latin America by the end of this decade. That would make it a global economic power, a position never held by a nation from that region.

Brazil’s willingness to drill shows that US restriction on activity in the Gulf and perhaps the Arctic Circle, no matter how politically attractive. could severely undermine any program to lessen America’s dependence on foreign oil. This has been pointed out often, but perhaps lost in the debate is that nations in Latin America, Africa, and parts of the Middle East are more than willing to risk spills to advance their national interests. US qualms, no matter how noble,  will increase the global political power of nations that have very little.

The CEO of  Chevron (NYSE: CVX) recently said that the sins of BP plc (NYSE: BP) should not taint the entire industry. Other big oil companies can drill in the Gulf safely, perhaps having learned lessons from BP.

Brazil may take the place over time as one of the leading exporters of crude which will give it an ace in its dealings with nations which previously paid it little attention.