What About Those Job Loses From The Drilling Moratorium? 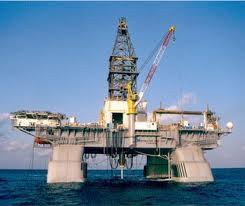 In early June, an irate Louisiana Gov. Bobby Jindal fired off a letter to the White House warning that as many as 20,000 jobs would be lost over the next 12 to 18 months because of the Administration’s six-month moratorium on offshore oil drilling imposed in the wake of the BP oil disaster.  The dire warnings of Jindal and others that it cost billions in revenue seem to be wrong.

As the >New York Times noted today,  there is no evidence that the moratorium, which the oil industry fought in court, has significantly hurt the economy of the Gulf region.

Unemployment claims related to the oil industry along the Gulf Coast have been in the hundreds, not the thousands, and while oil production from the gulf is down because of the drilling halt, supplies from the region are expected to rebound in future years. Only 2 of the 33 deepwater rigs operating in the gulf before the BP rig exploded have left for other fields.

There are several reasons why these dire predictions– including the 23,000 lost jobs and $10.2 billion in economic damage expected by the government —  were inaccurate.  First of all,  these types of forecasts are often wrong because economists seek information that backs their hypothesis and discount anything that refutes it.  This happens whenever the economic impact of sports is discussed. Studies that argue that sporting events have a major positive economic impact are usually inflated because they are ordered by organizers.  The same phenomena of confirmation bias may have occurred when a critic of the Obama administration such as the Republican Jindal wants to show that the federal government will cause economic hardship to his beleaguered state.

Moreover, the doomsayers overlooked some realities about the oil industry. As the Times notes, companies are making good use of their down time by servicing and upgrading their drilling equipment, which is keeping shipyards busy.  As for drilling firms, they are keeping their workers because they expect the moratorium may end earlier than scheduled.   Government officials have said that is a possibility.  Many offshore workers are now working on onshore wells.

In fact, with oil demand rising even during tough economic times the need for Gulf crude will remain strong for years.   The region’s oil workers probably have among the most secure jobs in America.