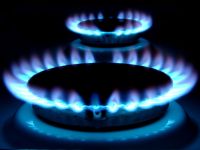 Deals are aplenty when it comes to the natural gas sector.  It is as if the future has been seen and natural gas is going to be in it even if the energy policy of today (or a lack of one) is neutral to natural gas at best.

Unanimously approved by the Boards of Directors of both companies, the merger agreement calls for Southern Union stockholders to receive newly issued Series B Units of Energy Transfer Equity at $33.00 per share, approximately $4.2 billion, in exchange for Southern Union common shares.

Exxon Mobil Corporation (NYSE: XOM) stunned the markets when the integrated oil giant made an all-stock acquisition of XTO for some $41 billion.  A deal from Chesapeake Energy Corp. (NYSE: CHK) where it acquired Bronco Drilling was hardly a footnote in size.  Temasek Holdings Limited, RRJ Capital and Chesapeake Energy Corp. (NYSE: CHK) also signed an agreement to acquire 74.2% stake in Frac Tech Services, LLC from the founders in what was called a recapitalization transaction earlier this year. And Chevron Corporation (NYSE: CVX) made an acquisition of Atlas in 2010.

One company that remains independent and has been speculated as a buyout candidate before is Petrohawk Energy Corporation (NYSE: HK).  It has a market capitalization of $7.26 billion and at $23.91 it has a 52-week range of $14.32 to $27.45.

For a source of energy that is currently not so friendly to natural gas, it is amazing to see so many mergers.  What is obvious is that the trend points to natural gas whether it is popular today or not.