A123 to Replace Defective Batteries (AONE) 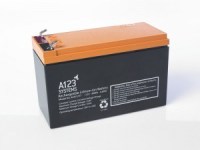 Lithium ion battery maker A123 Systems Inc. (NASDAQ: AONE) has announced a field campaign to replace modules and battery packs that may contain defective cells. The defect may result in premature failure of the module or pack, and is limited to cells manufactured at the company’s plant in Livonia, Michigan.

The replacement program will cost A123 an estimated $55 million, a cost the company can barely afford given the recent cancellation of its supply deal with Fisker Automotive and the company’s poor performance last quarter. A123 recently announced a deal to supply battery cells to China’s Geely Automotive to be used in Geely’s plug-in hybrid electric vehicles slated for launch in 2014.