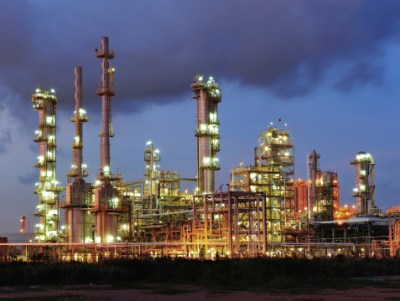 Source: Thinkstock
In a report titled “Energy 2020: Independence Day,” analysts at Citigroup Inc. (NYSE: C) suggest that the United States may achieve energy independence by the end of the current decade. The analysis is based on growing production of oil and gas in the U.S., coupled with declining demand, especially for gasoline.

U.S. drivers are also driving less, down by about 3% from a peak of more than 3 trillion miles driven annually in 2007 to around 2.94 trillion miles in November of last year. That works out to about 200,000 barrels a day.

The Citi analysts also say that in five years the U.S. could be importing crude only from neighboring Canada. In fact, the U.S. could become an exporter of crude if laws forbidding the practice are repealed.

The report also suggests a per barrel price range for benchmark Brent crude of $70 to $90 a barrel by the end of the decade, far below today’s range of $90 to $120 barrel.

Citi’s view is among the rosiest we have seen for U.S. energy independence, and a lot of things have to go right in order for the scenario the analysts describe to become reality. Drilling will have to increase to compensate for the short-term production nature of fracked wells. Some of the liquids included in the totals are not refinable into gasoline, which consumes around 60% of every barrel of crude refined.

It is a good story, but it is just a story. Let’s hope it is not a fairy tale.