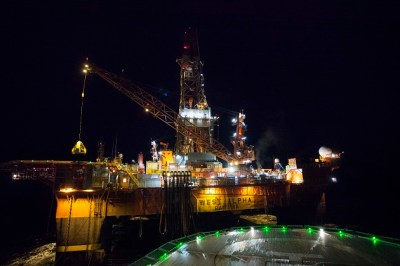 Source: OAO Rosneft
The huge drop in spot oil prices has led many on Wall Street that were once big champions on the sector to start to back away. The fact of the matter is, the costs for U.S. exploration and production firms have dropped dramatically over the past five years. While it still will be a challenging landscape as the domestic companies challenge OPEC for oil supremacy, some of the top oil service companies that have grown lean and mean can be big players in a tough environment. A new research report from Jefferies sees four stocks having huge potential upside.

Even though spot oil prices have taken a beating, many analysts on Wall Street, including the Jefferies team, feel that the top oil services companies have big upside, and they remain very bullish long term. We screened the firm’s top stocks for those with the largest potential upside for investors.

Baker Hughes Inc. (NYSE: BHI) reported very solid numbers for the quarter but some analysts were disappointed by margin guidance. The company’s earnings from its Latin American operations improved significantly from $8 million in the first nine months in 2013 to $172 million in the first nine months in 2014. Its North American operations also improved. The demand for innovative drilling technology increased. These were the main drivers for its improved 2014 performance. The Middle East and Asia Pacific segment’s 21% higher profit also helped growth.

Baker Hughes investors are paid a 1.3% dividend. The Jefferies price target for the oil services giant is $74, and the consensus is set at $70.67. Shares closed trading Friday at $52.30. Hitting the Jefferies target would be over a 40% gain.

C&J Energy Services Inc. (NYSE: CJES) reported a very impressive earnings beat last week, and the Jefferies analysts have pointed out that revenue has impressed now for three consecutive quarters, while both increased work volume and sand per well has increased costs. They are confident after management meetings that C&J is on top of the supply chain challenges and should continue to show visible margin traction in upcoming quarterly reports. The company is an independent provider of premium hydraulic fracturing, coiled tubing, wireline, pumpdown and other complementary oilfield services with a focus on complex, technically demanding well completions.

The Jefferies price target is $27. The consensus is even higher at $29. The stock closed Friday at $19.14, up over 1%. Trading to the gigantic Jefferies target would be over a 50% gain for shareholders.

Halliburton Co. (NYSE: HAL) leads industry peers with North American margins of 18.2% and a plan to increase its allocation for its operations in North America. In the past nine quarters, Halliburton has increased its dividends three times. For the fourth quarter of this year, it has announced a $0.18 dividend per share payment, which is 20% higher than the third quarter and a yield near 1.4%.

In addition, the company had strong revenue and earnings growth. For the first nine months of 2014, its increased revenues and adjusted operating income by almost 16% and 90%, respectively, over the first nine months of 2013. A very strong performance for shareholders. The Jefferies price target is $74, while the consensus target is $72.52. Trading to the target would be close to a 40% gain from Friday’s close of $53.86.

Schlumberger Ltd. (NYSE: SLB) is the largest oilfield services company in the world, with far-reaching operations all around the globe. It could be poised for years of solid growth despite the recent trend in oil pricing. Jefferies and other Wall Street analysts think the company will continue to drive margins on execution, technologies and efficiencies. Russia, Saudi Arabia, Iraq and China are expected to be the strongest markets as geopolitical concerns subside, and that should continue in to next year.

Adding top oil service stocks to a long-term growth portfolio makes good sense with energy so out of favor now. While some volatility will continue in the sector, the dominant companies are not going anywhere, and patient investors may see solid gains in the future.