8 Oil and Gas Stocks Analysts Want You to Buy 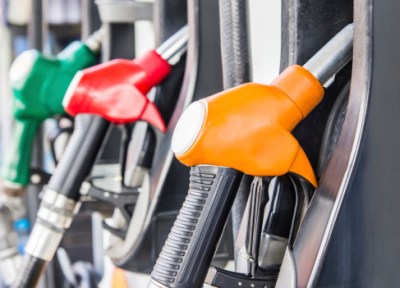 Source: Thinkstock
The only way to describe this past week for energy stocks would be to say that it was atrocious. West Texas Intermediate crude dipped to around $45 on Friday after a negative producer price index report and after more chatter that the United States could be on the path to running out of places to store oil. Still, analysts on Wall Street have issued more reports calling out their favorite oil stocks to buy.

24/7 Wall St. reviews dozens of analyst reports each morning of the week in an effort to find new investment and trading ideas for its readers. With oil stocks having been so battered, the focus right now is on which oil and gas stocks analysts are telling their customers to buy now.

Keep in mind that not all analyst calls work out. In fact, some of them are met by the exact opposite move of what they expected. It happens. It was also a very rough week for the analysts and investors who drew their line in the sand and made big commitments.

Almost all energy names we tracked this past week saw prices head south, from oil majors to master limited partnership (MLPs) to exploration and production (E&P), and on and on. Taking that into consideration, analysts do not always adjust their official price targets lower just because the share/unit prices dropped over a week.

ALSO READ: Exxon or Chevron: Which Has Better Odds for Hitting Earnings Targets?

Another consideration is that some of these upside targets almost seem too good to be true when you consider how low oil prices have gone. The following were eight big oil and gas upgrades or calls to buy from Wall Street this past week.

Credit Suisse reinstated Antero Resources Corp. (NYSE: AR) shares at Outperform on Tuesday, but what really stood out was the $53 price target. This implied upside of over 45% from the $36 price late on Tuesday. This is a $9.3 billion market cap in E&P. Shares were down 3% at $35.25 in mid-Friday trading, implying upside of just over 50% at the end of the week — if the call turns out to be accurate.

On Tuesday, Credit Suisse started Bonanza Creek Energy Inc. (NASDAQ: BCEI) at Outperform with a $35 price target. The independent E&P outfit of onshore oil was touted by Credit Suisse as being a low-leverage and low asset cost top pick in E&P. Before getting your pom-poms out, keep in mind that this stock was down a sharp 8% at $23.90 in mid-Friday trading.

It also has a 52-week range of $16.36 to $62.94, and its market cap was just under $1.2 billion. For whatever this is worth, Bonanza Creek Energy was initiated in coverage with only a Market Perform rating and a $25.00 price target  at Cowen on Friday.

Exxon Mobil Corp. (NYSE: XOM) was given a big endorsement on Monday. Goldman Sachs started coverage with a Buy rating and a $97 price target. The call was based on an $85.63 prior close, but lower oil and a deflationary economic report was not kind. Exxon shares were under $83 at one point on Friday. On top of that, Exxon had seen a 10 consecutive trading day drop until a 20 cent gain on Thursday to $84.22. Goldman Sachs is unlikely to back off just because of a one-week price drop, but the timing of the call turned out to be off the mark here.

Goldman Sachs did not use this as a sector bullish call, because Chevron and ConocoPhillips were both started as Neutral. Exxon’s 52-week trading range is $82.68 to $104.76, and its consensus price target is $93.20.