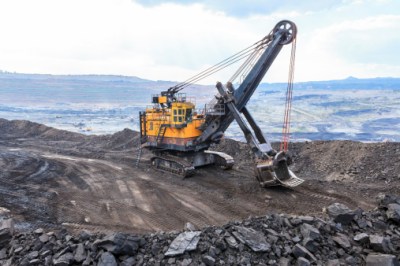 Source: Thinkstock
When Patriot Coal filed for bankruptcy in May of this year, it became the first of the U.S. coal companies to succumb to the tumbling price of coal. The company had emerged from a previous bankruptcy filing less than two years earlier. Now, a bankruptcy judge ruled Monday that Patriot could proceed with an auction set for September 9 to sell its remaining assets.

Ironically, perhaps, the buyer for those assets is an affiliate of a non-profit organization called the Virginia Conservation Legacy Fund (VCLF) and the group is offering to assume $400 million in Patriot’s liabilities for workers’ compensation, black lung and environmental liabilities. The VCLF bid includes no cash but does include pledge to issue new equity to Patriot’s creditors, according to a report at The Wall Street Journal.

Privately held Blackhawk Mining has offered to swap Patriot’s funded debt of $791 million with new debt valued at $643 million plus 30% of the company that emerges from the bankruptcy buyout. The new company would not bear the obligations Patriot has to its employees and retirees or its contracts with the United Mine Workers of America (UMWA). Blackhawk’s offer is (or was) a stalking-horse bid, and rival bids are due by Friday, September 7.

Retiree health benefits are endangered again following last week’s request by Peabody Energy Corp. (NYSE: BTU) to reopen the earlier Chapter 11 case in order to limit its liability for the $310 million it agreed to pay over four years to help fund retiree benefits, ending a dispute related to which company was responsible for the pension obligations that were off-loaded to Patriot Coal when it was formed in 2007 out of assets from both Peabody and Arch Coal Inc. (NYSE: ACI). The UMWA wants Peabody to continue to make the payments while Peabody argues that it is not required to do so.

The VCLF has agreed to take over two existing Patriot mining complexes in West Virginia and has said that mining will continue at the Federal complex as the organization seeks to reduce carbon emissions there.

Existing creditors cannot be too happy about all this. VCLF is taking over liabilities of $400 million, while making no cash payment, offering new stock instead. Blackhawk’s offer slices nearly $150 million from Patriot’s debt and offers 30% of a new company that will emerge from the transaction. That looks like about $550 million in cash that creditors will not get, and that is surely an offer those creditors will have no trouble refusing. It remains to be seen which side prevails.