Why Sanchez Energy and Bill Barrett Shares Could More Than Double 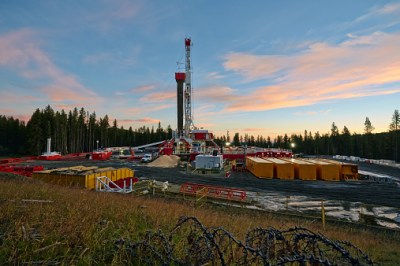 Source: Thinkstock
Oil has been absolutely beaten up over the past year, and that has resulted in the awful treatment of speculative companies within the industry. Sanchez Energy Corp. (NYSE: SN) and Bill Barrett Corp. (NYSE: BBG) have paid a huge price in that regard, but some analysts are calling a bottom.

Currently both of the companies are down around 80% from their highs, and analysts from Canaccord Genuity are calling a bottom. However, calling a bottom for oil and oil-related stocks has been risky business in the past few months with the increased volatility and overall unpredictability.

Sanchez is one of the most levered companies in the Eagle Ford play relative to its size. The focus is on the Catarina area of the Eagle Ford, where recent results have been impressive and costs have declined dramatically. A 66,000 net acre position in the Tuscaloosa Marine Shale provides optionality. Canaccord Genuity believes the stock is very oversold and offers significant value at current levels, particularly given the enhanced liquidity position provided by the midstream sale.

In south-central and southeastern Catarina, Sanchez brought three two-well pads online, each performing significantly better than expectations. The two most recent pads in south-central Catarina are producing above the company’s 600-700 MBoe type curve, with 30-day IP rates of ~1,350 Boe/d, and are currently trending in line with some of the best wells in Western Catarina. Well costs in the second quarter of 2015 in Catarina averaged $4.4 million, half of what the previous operator was spending and down from Sanchez’s initial $7.4 million cost only a little over a year ago. A recent pad was brought on at an average well cost of ~$4.0 million.

Accordingly, Canaccord Genuity has a Buy rating and a $13 price target, implying upside of 117% from current prices.

As for Bill Barrett, it has completed a multiyear transition to a liquids-weighted portfolio, with oil now representing about 70% of reserves and production. Its focus is on the top tier of the Northeast Wattenberg Field in Colorado, where the company is gaining operational momentum as results from its extended-reach lateral (XRL) program keep getting better.

The analysts detailed in the report:

Due to improved drilling efficiencies, Bill Barrett will accomplish its planned activities in the Northeast Wattenberg area for the remainder of the year with a one-rig drilling program, reducing its operated rig count from two rigs to one after completing current drilling operations on a multi-well XRL pad. It is now anticipated that 2015 capex will be ~$315-325 million vs. $320-350 million previously. This is primarily a result of drilling times for XRL wells being reduced from an average of 17 days to ~10 days (one recently drilled in 7.5 days), associated cost reductions that have lowered XRL well costs to ~$5.6 million from $8.25 million in 2014 and $6.25 million in the first half of 2015, and the timing of certain well completions.

Canaccord Genuity has a Buy rating for Bill Barrett and a $9.50 price target, implying upside of over 200% from current prices.