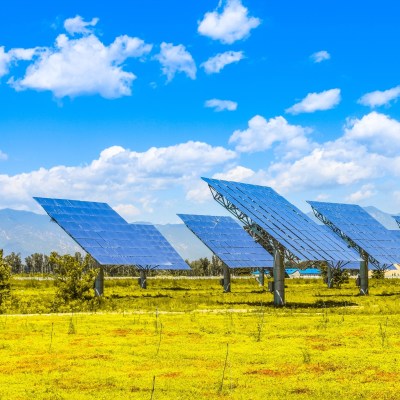 We believe these arrangements demonstrate CITIC’s continued strong confidence in our current business model and future prospects. The two cooperation agreements not only allow us access to CITIC’s diverse financing resources and experienced professional services, but also enable CITIC to access Trina’s established industry network and participate in our strong growth.

The interesting thing about this arrangement is that half the funds now available to Trina are coming from a hometown bank. According to the company’s latest federal filing, Trina employs more than 14,000 people worldwide, and it’s a safe bet that around 14,000 of those jobs are located in Changzhou.

Would Trina Solar be able to keep its business in Changzhou without these deals? Probably, but the stock price has dropped by nearly two-thirds over the past five years and any threat to jobs in the city of Changzhou needs to be removed. Local governments all over China make similar deals all the time.

At the end of 2014, Trina Solar reported long-term debt of just $22.43 million and short-term borrowing of $820 million, including the then-current portion of long-term borrowing.