Can Fracking in Europe to Fight Putin and Russia Gas Dependence Happen? 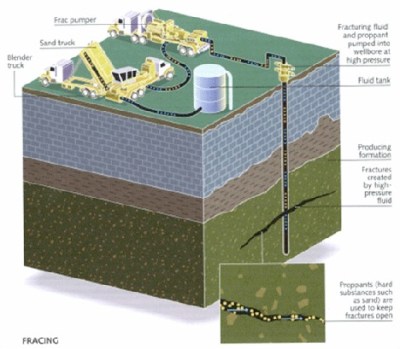 Source: Thinkstock
If you want to create a stir with any environmental group around energy, ask them how they feel about hydraulic fracturing – fracking. It probably won’t go over too well. Now imagine fracking in Europe. Is this even possible?

Fitch Ratings has issued a report that Europe could cut it reliance upon Vladimir Putin and Russia’s natural gas supplies by fracking. The report highlighted that Germany’s reported plan to lift a ban on fracking would be one of several ways that European countries could reduce their reliance on Russian gas. Another note by Fitch said that the United Kingdom has outlined a plan that would allow companies to drill under private property without the owner’s permission.

The news could be great for Total SA (NYSE: TOT) if it comes to fruition. Fitch showed that  Total could have a head start over rivals if European shale gas production ramps up. The company has experience it has gained from investment in UK shale and it after agreed to take a 40% stake in two licenses earlier this year.

Fitch also pointed out that Total would also be well positioned if France followed Germany and decided to ease restrictions on shale gas production – France’s market is believed to have some of the largest shale gas reserves in Europe.

BG was also named as one beneficiary as it is one of the first European companies to export LNG from the US. It is involved in three of the six projects that have been approved by the US Department of Energy to export LNG.

ALSO READ: Housing Prices on the Mend in PIIGS and European Periphery Economies

Another way for Europe to diversify its Putin and Russian natural gas dependence is coming from the expansion of the southern gas corridor to Europe from the Shah Deniz field in Azerbaijan. The problem is that deliveries to Europe are not expected to begin until 2019.

“These moves indicate a growing appetite for the long-term exploitation of Europe’s shale gas reserves. The crisis in Ukraine has added to pressure to diversify gas sources. But there are other long-standing factors, including high domestic energy prices in Germany, which are hurting the competitiveness of some industries and which are likely to have influenced the decision… If European countries want to cut reliance on Russian gas, other potential routes include greater use of LNG.”

This move to grasp resources locally in Europe will likely be fought hard by environmentalists at the local level. Perhaps the way to deal with them is by getting the voters who don’t want fracking in Europe to vote in the month January during one of the snow storms.