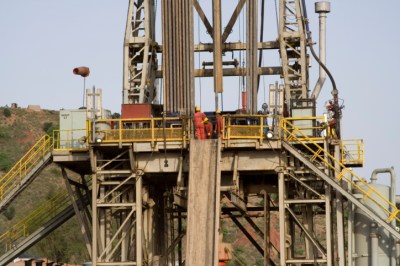 Source: Thinkstock
In its Annual Energy Outlook 2015 published on Tuesday, the U.S. Energy Information Administration (EIA) projected the country’s energy demand and supply out to 2040. Perhaps the key projection is that the United States will reach a point — perhaps as early as 2019 — when the amount of energy resources imported will be equaled by the amount exported. It may not be “energy independence,” but it does put the country on the road to being a net exporter of energy in certain cases.

EIA projects the energy future in three scenarios: a base or reference case, a low oil price case and a high oil price case. In the base case, imports and exports are expected to balance in 2028, and in the high oil price case, balance is achieved in 2019. The high oil price case assumes that the price for a barrel of West Texas Intermediate (WTI) crude oil jumps above $100 a barrel, a scenario that virtually no one believes is possible. If it were to happen, however, the United States would become a net exporter.

Among other key findings related to oil, the EIA said: 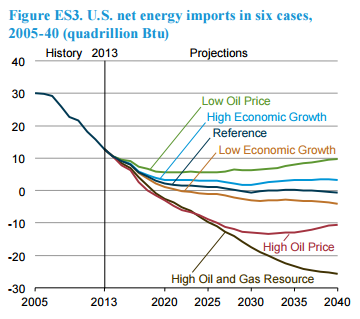 The EIA expects U.S. energy consumption to rise by 0.3% annually from 2013 to 2040, including a “marginal decrease” in transportation fuel consumption and growth in most other sectors.