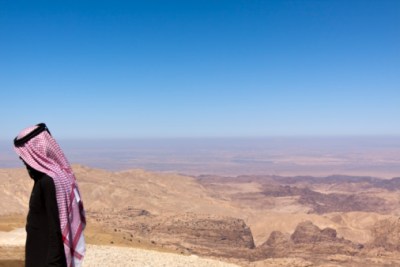 Source: Thinkstock
The low prices for crude are costing Saudi Arabia some serious cash. The Saudi central bank reported last week that its net foreign assets fell 4.7% year-over-year in March to about $691 billion, their lowest level since July 2013.

The Saudis nicked their savings account to the tune of $36 billion in the past two months as the country’s new king has had to increase both withdrawals and borrowing to meet the kingdom’s public-sector salaries and large development projects, according to a report in the Financial Times.

And that level of production is not expected to drop as the Saudis continue to preserve their market share by boosting production and lowering prices in an effort to stem U.S. production. The eventual outcome remains in doubt, of course, but it is difficult to ignore a combatant with a war chest of nearly $700 billion.

But it is still early innings in the latest oil game. Spot prices have risen by about $20 a barrel, while futures prices are up only about $4 to $5 a barrel. Why spot prices are rising when supply is also rising has more to do with geopolitics than oil demand and supply. The forward curve is flattening out, and prices out to 2017 remain in a range of around $70 to $75 a barrel for Brent crude oil. The current December 2017 price for West Texas Intermediate (WTI) is $65.70.

At that level, all things equal, most North American production would at least break even. If technology improves in the next year or so, that level would generate a modest profit. And if prices for Brent crude do in fact hover around $75 a barrel, global demand for crude likely will increase.

However, if Brent rises much above that level, production that has been restrained will be turned loose and the price will fall again. If Brent cannot sustain a price of around $75, producers will be forced to reduce capital spending and demand is likely to rise too much, too fast.

The Saudis’ impact on the futures price depends to a large extent on how high a price they are willing to pay to maintain market share. We could be about to enter the third inning of what promises to be a long game.