OPEC Revenues Tumble Below $1 Trillion in 2014 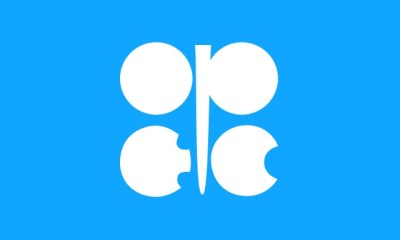 Source: Wikimedia Commons
The value of the oil exported by the 12 member nations of the Organization of the Petroleum Exporting Countries (OPEC) fell from $1.112 trillion in 2013 to $993.3 billion last year. Last year was the first since 2010 when the cartel’s oil revenues fell below $1 trillion. OPEC countries relied on oil exports for 70% of total exports in 2013, compared with just 67% in 2014.

The current account balance of the dozen OPEC countries fell from $417.7 billion in 2013 to $273.6 billion in 2014, a decline of 35%, as the member nations were forced to import more even as they exported less. The data come from the OPEC 2014 Annual Report released Wednesday.

Much of the report reinforces data presented in the cartel’s monthly oil market reports, and even the revelation about the cartel’s finances is not a big surprise. The Financial Times reported in early May that the Saudis had to draw some $36 billion from the country’s sovereign wealth fund to cover expenses for the months of March and April.

The cartel reported that its production fell by 157,000 barrels a day from 2013 to 30.075 million barrels a day. The data, as is usual with OPEC, is based on an “assessment of selected secondary sources.”

As low as OPEC revenues were in 2014, 2015 is shaping up to be an even more disappointing year.