The Bullish and Bearish Case for Pfizer and Merck in 2014 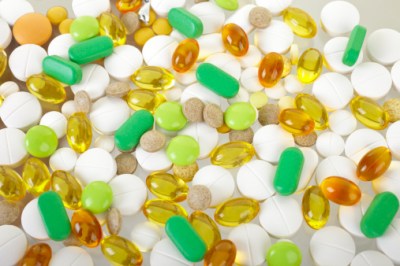 Source: Thinkstock
With a new year comes new expectations. The stock market gains in 2013 were massive, with the S&P 500 index rising by more than 29% and the Dow Jones Industrial Average rising by more than 26%. Both major index readings were their highest closing bell prices ever. 24/7 Wall St. has generated a bullish and bearish scenario for 2014 in each stock of the Dow, including Pfizer Inc. (NYSE: PFE) and rival Merck & Co. (NYSE: MRK).

Both of these pharmaceutical giants are defensive stocks by nature, yet they both brought total returns after dividends of about 26% each. Merck’s gain was only slightly higher. So, what do their prospects look like for 2014?

There are some macroeconomic factors to consider. Wall Street strategists are forecasting higher price targets for the S&P 500 and the Dow, which should help to lift all ships in a rising tide. The Federal Reserve is about to get a new chairman, and the rise in interest rates is not expected to crush the economy. Even the global recessionary theme is abating in Europe and in Asia.

The outlook for Merck and Pfizer are seemingly intertwined for 2014. Merck gained 26.8% in 2013, versus 26.2% for Pfizer. Merck’s current dividend yield for 2014 is 3.52%, versus about 3.40% for Pfizer. The only real difference worth noting was that the consensus analyst price targets favor Pfizer, with its expected gains being about 7.8%, compared with only about 2.3% for Merck in the year ahead.

Both companies have been restructuring, and that will continue. Both companies have faced patent cliffs and subsequent generic drug competition. Pricing risks are present as well, as are future liabilities and payments that are part of the new health care laws. Pfizer is worth close to $201 billion in market cap, versus about $146 billion for Merck. Both stocks have historically been considered defensive stocks. And both may have to pay up to acquire expensive biotech drug pipelines as well, if they want sales growth ahead.