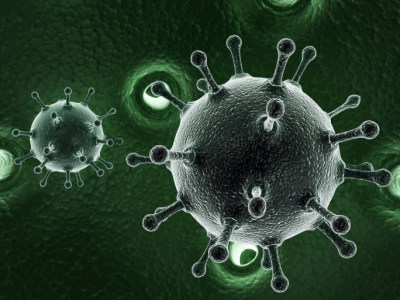 Source: Thinkstock
Many of us have heard the story before. The over-prescribing of antibiotics is creating “super bugs” with the potential to wreak medical havoc as they are resistant to current drugs. Some in the medical community are concerned that a potential catastrophe is a possibility. That is the bad news. The good news is that two top biotech stocks may be on the verge of exciting new drugs that can potentially tame the super bugs.

In a new report, the analysts at Stifel are very positive on two companies leading the charge in this exciting and needed area: Cempra Inc. (NASDAQ: CEMP) and Tetraphase Pharmaceuticals Inc. (NASDAQ: TTPH). With large pharmaceutical companies leaving the antibiotic space in the late 1990s, the companies that became the leaders were bought. Cubist was acquired by Merck in December of 2014, and Actavis purchased Forest Labs and Durata Therapeutics that same year.

The Stifel analysts are positive on the two companies that could be poised to have big clinical data readouts. Plus, given the past action of big companies, they could both be takeover targets. Both stocks are rated Buy at Stifel.

This clinical-stage pharmaceutical company is focused on developing antibiotics to meet critical medical needs in the treatment of bacterial infectious diseases. The Cowen team points out that the company is a very positive story, as many of the other players have left the antibiotic market. Solithromycin is the company’s potent fourth-generation macrolide antibiotic. The oral data in Phase 3 was out in January and was very positive. Its polymorph patent extends to 2032, which is significant. With other drugs also well along in clinicals, the company may be a target for a bigger biotech.

ALSO READ: Why These 2 Biotech Stocks May Be Bought Out Soon

They point out in the report that Solithromycin Phase 3 Solitaire-IV pneumonia data is due by the end of this year. Not only could that be huge, but positive data could get a quick FDA approval as this is such a desperate need. It also could get big pharmaceutical companies thinking about a bid for the company.

Cowen has the stock rated Outperform and a price target of $44. The Thomson/First Call consensus price target is lower at $39.90. The stock closed Friday at $32.70, up close to 4%.

This is another clinical stage biopharmaceutical company developing novel antibiotics to treat life-threatening multidrug-resistant infections. The company announced last year that it had completed patient enrollment in the lead-in portion of its IGNITE 2 clinical trial. This two-part Phase 3 clinical trial is studying the safety and efficacy of intravenous and oral formulations of eravacycline for the treatment of complicated urinary tract infections. The lead-in portion of this trial was designed to inform the selection of an oral dose to take forward into the pivotal portion of the Phase 3 trial.

The Cowen team points out in the report that Phase 3 IGNITE-2 data should be out as early as the middle of this year. This could prove to be gigantic for the company and set up the same kind of scenario as Cempra could experience, with a suitor starting to look hard.

We wrote about both Cubist and Durata Therapeutics less than a year ago and they were both bought at large premiums. Add in the evolving bipartisan super bug legislation, which in essence will incentivize the use of newer antibiotics irrespective of cost, and you have numerous reasons to own these stocks. That said, they are in the clinical stage and are only appropriate for very aggressive accounts.