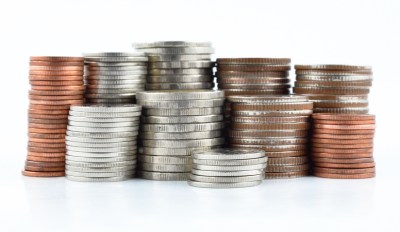 Source: Thinkstock
Lantheus Holdings, Inc. (NASDAQ: LNTH), which is the parent company of Lantheus Medical Imaging, saw its quiet period come to an end on Monday. This expiration allows the analysts from its underwriters of the initial public offering from late in June to initiate coverage on the company.

Lantheus sold 12,256,577 shares of its common stock in June at $6.00 per share in its IPO, including 1,423,243 shares pursuant to the full exercise of the underwriters’ option to purchase additional shares. Net proceeds were $66.7 million after deducting the fees and expenses related to the underwriting.

Joint book-running managers were as follows: Credit Suisse; Jefferies; RBC Capital Markets; and Wells Fargo. The firm R.W. Baird was listed as a co-manager in the syndicate. The formal ratings were started by analysts at the underwriting firms as follows:

The company is involved in innovative diagnostic imaging agents and products. The Credit Suisse report said:

Lantheus is a diagnostic medical imaging agent player in the midst of a turnaround driven by new management (in place since January 2013), which has rectified past supply issues and improved sales force focus, resulting in a healthier top-line trajectory. We forecast 6.7% CC sales growth in 2015-17 driven mostly by Lantheus’ key product, DEFINITY (one-third of sales growing at an expected 17% CC in 2015-17), with debt reduction driving 20%- plus potential earnings per share growth in 2017. Given Lantheus’ top and bottom line, we believe current valuation offers an attractive entry point.

When Lantheus closed on its IPO, the company also said that it closed on a new $365,000,000 Term Loan agreement via most of the same underwriters.

Lantheus shares were down by about 7-cents at $7.40 minutes before the close on Monday, down from the $7.47 closing price on Friday. Its post-IPO range is $5.97 to $7.65 and the high there was also seen earlier on Monday.

Lantheus had traded only 130,000 right before the close. While that volume sounds low, its volume was 2.06 million shares on its debut of June 25 and it had seen volume of over 100,000 share son only three other trading sessions – with almost two-weeks having passed since any of the 100,000 share days.

ALSO READ: 4 Biotechs To Buy Ahead Of Earnings