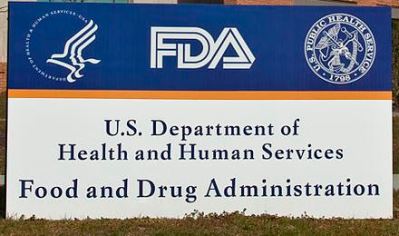 Source: Wikimedia Commons
Pharmaceutical companies usually are involved in a lengthy process of getting their drug candidates to market through clinical trials. There is a fair amount of risk involved, similar to biotech companies, should a study come back negative or should a candidate not be approved. Conversely, if a drug is approved or passes a clinical trial, there can be big upside. U.S. Food and Drug Administration (FDA) rulings can make or break these companies. A single failed clinical trial can mean disaster for a stock.

24/7 Wall St. has collected several big FDA decisions coming up on the calendar in the month of October and added some color, along with the trading range and price target. Note that, due to many outside and internal factors, there are no assurances that the dates will not change.

As a side note about the Prescription Drug User Fee Act (PDUFA): a Priority Review designation is granted to medicines that the FDA determines have the potential to provide significant improvements in the treatment, prevention or diagnosis of a disease.

Merck & Co. Inc. (NYSE: MRK) was granted a target action date from the FDA of October 2. This is for the review of a supplemental Biologics License Application (sBLA) for Merck’s anti-PD-1 therapy, Keytruda (pembrolizumab), for the treatment of patients with advanced non-small cell lung cancer whose disease has progressed on or after platinum-containing chemotherapy and an FDA-approved therapy for EGFR or ALK genomic tumor aberrations, if present. Shares of Merck were trading at $50.14 on Friday’s close. The stock has a consensus analyst price target of $63.38 and a 52-week trading range of $45.69 to $63.62.

Endo International PLC (NASDAQ: ENDP) announced in late 2014 that it had submitted its New Drug Application (NDA) filing, with an estimated PDUFA date on October 23, for BEMA Buprenorphine. This drug is involved in the management of pain severe enough to require daily, around-the-clock, long-term opioid treatment, when alternative treatment options are inadequate. Endo shares ended the week at $71.06, in its 52-week trading range of $57.14 to $96.58. The consensus analyst price target is $96.38.

Spectrum Pharmaceuticals Inc. (NASDAQ: SPPI) was assigned a PDUFA action date of October 23 for the CE-Melphalan NDA. Spectrum is seeking FDA approval for its use as a high-dose conditioning treatment prior to autologous hematopoietic (progenitor) stem cell transplantation (AHCT) in patients with multiple myeloma, an orphan drug designation. Spectrum is also seeking approval for the palliative treatment of patients with multiple myeloma for whom oral therapy is not appropriate. Shares of Spectrum closed the week at $5.98, in its 52-week range of $5.42 to $8.34. The consensus price target is $9.75.

Merrimack Pharmaceuticals Inc. (NASDAQ: MACK) has a PDUFA action date set for October 24 for its MM-398 NDA. The company is seeking U.S. marketing approval of MM-398 for the treatment of patients with metastatic adenocarcinoma of the pancreas who have been previously treated with gemcitabine-based therapy. Merrimack shares were changing hands at $9.21 on Friday’s close. The consensus price target is $15.00, and the 52-week range is $7.36 to $13.84.

Bristol-Myers Squibb Co. (NYSE: BMY) was accepted for filing and review of the sBLA by the FDA for Yervoy for the adjuvant treatment of patients with stage 3 melanoma who are at high risk of recurrence following complete surgical resection. The projected FDA action date is October 28. Shares of Bristol-Myers were trading at $62.23. The stock has a consensus analyst price target of $70.83 and a 52-week trading range of $47.55 to $70.54.