How the Technology of One Small Biotech Can Save Tetraphase 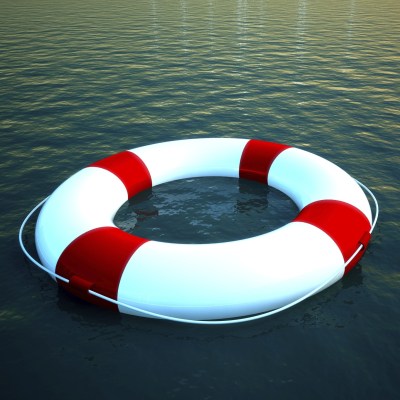 Source: Thinkstock
Tetraphase Pharmaceuticals Inc. (NASDAQ: TTPH) continues to reel from the spectacular and unexpected failure of its flagship candidate, eravacycline. Shares have essentially reverted to IPO level and lost almost all of their gains as the biotech’s feature product crashed and burned after racking up so many clinical successes until its Phase 3 failure in early September.

Biotech followers may remember well when eravacycline succeeded in passing its first Phase 3 trial. The most frustrating question then for both the company and its shareholders is why, if the first Phase 3 succeeded in proving statistical noninferiority to standard of care, did the second one fail?

Last December, Tetraphase announced that its eravacycline Phase 3 trial had achieved its primary endpoint of statistical noniferiority to ertapanem in complicated intra-abdominal infections, or cIAI. Shares rose as high as $52.90 on the assumption that this proved eravacycline’s efficacy, and that if the antibiotic could pass one Phase 3 trial, it could succeed in others as well. But that was not the case, and it teaches us all that even Phase 3 success does not always translate to ultimate regulatory success.

The differentiating factor between the IGNITE1 and IGNITE2 trials, the respective code names for eravacycline’s two Phase 3 trials, seems to be the method of dosage administration. IGNITE1 was only intravenous. IGNITE2 however, was a transition from intravenous to oral. Oral administration is much more difficult to perfect because there is generally less bioavailability than intravenous. While intravenous goes directly to the bloodstream, oral must pass through and survive the onslaught of the digestive system. This often leads to lower potency and, in turn, less efficacy.

ALSO READ: Why Teva and Mylan May Now Join the Buy-and-Raise Craze

What can save Tetraphase now? There is a technology that might help Tetraphase overcome the oral administration problem, at least theoretically. It’s called cochleates, created by Aquarius Biotechnologies and owned by Matinas Biopharma Holdings. Cochleates are little lipid envelopes that can be used to encapsulate antibiotics like eravacycline. Once encapsulated and taken orally, the cochleates are both protected from digestion and additionally recognized as foreign by the immune system. Macropahges then swallow them once they reach the bloodstream. Inside macrophages, cochleates unfurl by calcium diffusion, releasing the antibiotics within the immune cells that swallowed them. Since the immune cells automatically travel to the site of infection because they are attacking the bacterial infection anyway, they are now armed with antibiotic molecules inside them to cure the infection.

Cochleates accomplish two things in this way. First, they shield patients from unwanted side effects of antibiotics by keeping the antibiotic molecules encapsulated in an inert envelope and out of the bloodstream. Second, they concentrate the efficacy of oral antibiotics by having the body’s own immune system carry the antibiotics to the site of infection without altering the molecule.

A Phase 1 safety trial for oral cochleated amphotericin B antibiotic in healthy adults has been completed, showing safety and no serious side effects at doses of up to 400 mg. This is encouraging given the normal safety profile for intravenous amphotericin B at lower doses. Amphotericin B is an emergency antifungal used as a last resort and has side effects including tremors, “shake-and-bake” and even death. Phase 2 is now being planned for patients with fungal infections to show efficacy.

If eravacycline succeeded intravenously in a Phase 3 trial, there is little reason it should not succeed orally, provided it is administered in a way that protects the active ingredient.