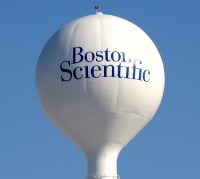 Boston Scientific Corporation (NYSE: BSX) is already losing its replacement CEO.  Ray Elliott has announced that he will retire as President and Chief Executive Officer on December 31, 2011.  As this is a by-year-end announcement, the transition here is an obvious personal one even if the shares have dipped as a result.  The problem is that shareholders have just not gotten to enjoy the great promise of that long-awaited turnaround and the turnaround claims have yet to reward shareholders.

Ray Elliott joined Boston Scientific just in 2009 and he came over from Zimmer Holdings Inc. (NYSE: ZMH).  Sadly, the shareholder conundrum may not be all Ray Elliott’s fault at all.  The company over-bit on its acquisition strategy and it was already stuck in the mud.  Shares have slid 8% to $7.10 on the news, but the 52-week range is $5.05 to $7.96. Boston Scientific has formed a search committee and it expects to identify and also to announce a long-term CEO by the end of 2011.

The exit quotes are going to be hard for many investors, analysts, and pundits to agree with… Ray Elliott was quoted, “”We believe we have accomplished a lot during my time here:  a strengthened senior leadership team, a clear and executable strategic plan we call ‘POWER,’ a basis for success in Emerging Markets, a solidified balance sheet due to debt paydown and refinancing and much more… And while the Company continues to evolve, we expect that much of the turnaround work will be complete by the end of the year.  We believe we are well positioned for future growth.  Therefore, I believe the time is right for someone new to take the reins, complete execution of that plan and take Boston Scientific to the next level and new heights.”

Elliott noted that it is time to pass the baton on to a long-term CEO.  He is at least right that it is time for someone new for the long-term.  A real restructuring may require much stronger efforts and we would not be shocked at all if a new CEO comes in with a total break-up scenario.  Maybe that works and maybe not, but it might be the only remaining manner in which a CEO can unlock the value here.  The stock does not even have the buffer of a dividend.

This stock has been stuck under $10.00 per share for longer than most shareholders can stomach.  The fact that shares were $20 about five years ago and were above $40 in 2004 will likely be too high of a yardstick for measuring success. Still, until Boston Scientific shares are back above $10.00 and it has some decent growth catalysts that shareholders actually believe in then BSX is going to still be considered a company stuck in the mud without adult supervision.

This Is the Country COVID-19 Has Hit the Hardest