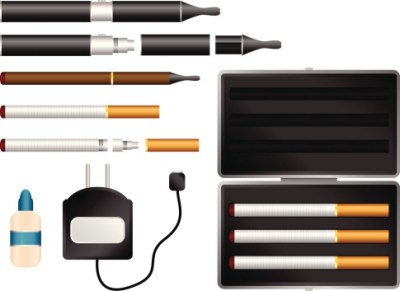 Source: Thinkstock
If the tobacco industry thought it had solved all its legal problems with the introduction of electronic cigarettes, the industry is very likely rethinking its original conclusion. While some of the objections to the spread of e-cigarettes are related to unknown effects of using them, at least as much of the caution is related to the fact that the cigarette companies are getting behind the marketing push for the devices.

The World Health Organization (WHO) has adopted a framework convention on tobacco control, and in June of this year it issued a report on electronic nicotine delivery systems that questions claims by e-cigarette marketers that the devices help tobacco users quit smoking or are a healthy alternative to smoking.

The WHO report notes that since 2005 the number of e-cigarette makers has grown from one manufacturer in China to a $3 billion global business with 466 brands. Some of the brands belong to the big U.S. tobacco companies like Reynolds American Inc. (NYSE: RAI) and Lorillard Inc. (NYSE: LO). Reynolds has agreed to sell several of its tobacco brands and its blu e-cigarette brand to Britain’s Imperial Tobacco for $7.1 billion in an effort to smooth the path to approval of its proposed $27.4 billion acquisition of Lorillard.

READ ALSO: Are E-Cigarettes Just as Harmful as Tobacco?

Regarding the role of the tobacco industry in the distribution of e-cigarettes, the WHO report said:

The future role of [electronic nicotine delivery systems (ENDS)] is strongly determined by the commercial interests of the industry that manufactures and sells ENDS. While there are “independent” ENDS companies that have reported no interest in perpetuating tobacco use, the tobacco industry involved in the production and sale of ENDS certainly is. … The increasing concentration of the ENDS market in the hands of the transnational tobacco companies is of grave concern in light of the history of the corporations that dominate that industry.

In other words, are we going to take the fox’s word that he just wants to look at the chickens?

Altria Inc. (NYSE: MO), maker of Marlboro products, which hold about 40% of the U.S. tobacco market, has begun a marketing and sales push behind its Mark Ten e-cigarette brand. The company said in its second-quarter earnings report that it had rolled out the Mark Ten brand to 60,000 retail outlets in the western portion of the United States during the quarter. Altria also said the stores account for 70% of all cigarette industry volume in the western U.S.