The Eight States Running Out Of Homebuyers

Michigan is one of only two states whose population has decreased in the last five years. The state has lost more than 200,000 people*, or 2% of its population, since 2005. Most of this population loss was undoubtedly due to the depression in the car industry that lead to the bankruptcies of GM and Chrysler. Flint, once one of the largest car manufacturing cities in America, has lost more than 10% of its population in the past 10 years. The state has the second worst unemployment rate in the country at 12.4%. Michigan has a home vacancy rate of 15.98%, the ninth-worst in the the US. There are large neighborhoods in Detroit which are vacant.

*Michigan’s loss in population is approximately 200,000 people. the article originally stated it as 12,000.

In 2010, an incredible 9.42% of all housing units in Nevada were foreclosed upon. This is by far the highest foreclosure rate in the U.S., and is nearly twice that of the next-worst state. Nevada also has the highest unemployment rate in the United States, at 14.3%.The recession undermined profits in the gaming industry. Between 2006 and 2010, the state had an 84.3% decrease in building permit requests, the largest drop in the country.  This has resulted in the loss of tens of thousands of construction jobs. 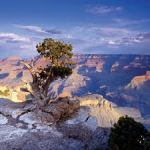 Arizona is among a handful of states most deeply wounded by the real estate collapse.  Some 5.73% of properties in the state have been foreclosed upon, the second highest rate in the country, and 17.3% of homes are vacant, the fifth greatest rate in the country.  Also, Mesa, Phoenix, and Tucson, the state’s three largest cities, are all among the top five American cities with the greatest percentage of price reductions for homes in 2010, along with Minneapolis and Baltimore.  As of December 2010, these cities had 43%, 42%, and 38% of their listings with price reductions, respectively. 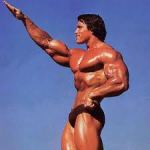 California’s impact on the housing market is huge. The state is the largest among the 50 in total GDP and housing units. California’s unemployment rate of 12.4% is now tied for second place with Michigan, once the jobless capital of the nation. In 2010, the state had one of the highest rate of foreclosure rates in the country, at just over 4%. New construction has dropped off dramatically as well, with a 74 % decrease in new building permits between 2006 and 2010.

Although Illinois has a relatively low residential vacancy rate,  finding people to buy homes can be difficult.  The state’s population only grew 1.23% between 2005 and 2010. This is the eighth worst growth rate in the country. Furthermore, the number of building permits issued since 2006 decreased 81.32%, the fifth greatest drop in the nation. The collapse of the state’s industrial base has been so great that its economy will not recover anytime soon.

The State Where It Is Hardest for Women to Buy Homes