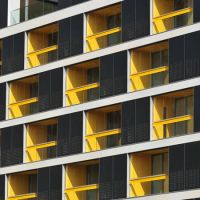 It has been only 24 hours since the Commerce Department said new home sales and permits reached multi-month highs. The elation over that ended suddenly as the National Association of Realtors reported that existing home sales collapsed enough to possibly make 2011 one of the worst years in the history of American real estate.

“Total existing-home sales, which are completed transactions that include single-family, townhomes, condominiums and co-ops, declined 0.8 percent to a seasonally adjusted annual rate of 4.77 million in June from 4.81 million in May, and remain 8.8 percent below the 5.23 million unit level in June 2010, which was the scheduled closing deadline for the home buyer tax credit,” the association reported. Many economists believe that a pace of 6 million sales a year represents a mediocre market.

Matters were made worse as the report showed home inventories represent a 9.5-month supply at the current sales pace, up from a 9.1-month supply in May. Detroit and hard hit markets like Nevada and parts of southern California have inventories which could take nearly a decade to clear.

The market remains troubled by several factors, despite the fact that mortgage-rates are at all-time lows. Many buyers believe that prices will go lower. Robert Shiller, creator of the carefully followed S&P-Case/Shiller home price index, says home price could drop another 10% this year. The number of underwater mortgages in the US is over 11 million. People with these loans cannot sell them unless they are prepared to pay their banks the difference between the value of their houses and their mortgage balances at the closing of a sale. Banks are still estimated to have 2 million home in “shadow inventory”. These are homes on which banks have foreclosed but have not yet be put onto the market.

The signals about the housing market may be mixed, but they are distinctly weighted toward the negative