The Ten Housing Markets That Will Collapse This Year 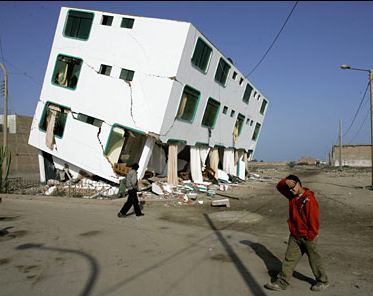 The real estate market is already in the deepest depression in modern U.S. history. If you think it can’t get any worse, think again. In several cities, the real estate market is about to drop even more. Home values in many of those cities, such as Las Vegas, have already collapsed as unemployment has shot higher. And with no hope of quick recovery, housing prices are expected to continue to fall. 24/7 Wall St. identified ten housing markets that are expected to drop by at least another 10% by 2012.

Methodology: We used data from the Fiserv Case-Shiller Indexes, which track real estate activity in 380 cities. We selected those that are forecast to have the largest percent price drop between the first quarter of this year and the first quarter of next. We added several other pieces of information to our city-by-city information, including June unemployment levels, median household income, and when home prices are expected to reach their troughs in each market.

Home prices fell from all-time highs in 2006. Home equity tapped by second mortgages had been a tremendous source of income then for families who used it for retirement saving, education, and simple consumer purchases. Three years later, many of those homes were worth less than their mortgages. A large population of homeowners still owed a second mortgage. The burden of those two home loans happened to come at a time when national unemployment rose from 4% in the mid-2000s to 10%. The mix of unemployment and high mortgage payments ripped the home market apart.

The ten markets on the 24/7 Wall St. list of “Housing Markets That Will Collapse This Year,” and several other like them, may not see a full recovery in home prices for years. Inventories in these markets tend to be large. Demand tends to be low as the unemployed cannot be buyers. Finally, fear of further price drops all exacerbate the problem. No person or organization, including the federal government, has been able to help support the housing market, although the Administration has tried. Not a single plan has built even a thin net under home values, despite the best efforts of the best economic minds in the world.