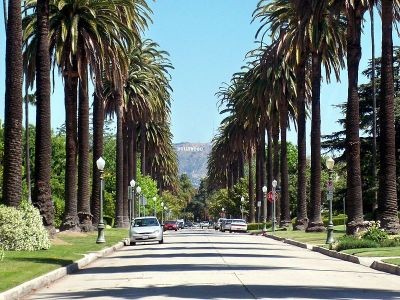 Source: Wikimedia Commons/creative commons
People selling homes in any of California’s cities have found their houses do not stay on the market long. Homeowners in several of America’s old industrial cities have not been as fortunate.

According to research by experts at Trulia:

Housing inventory remains tight, and one of the questions on the minds of many homebuyers this Spring is just how fast they will have to move to get the home they want and can afford

If you’re a home seller, California may indeed be the Golden State. Eight of the 10 fastest-moving housing markets are there, and homes are selling much faster than in the Northeast, South, and Midwest. In fact, fewer than 30% of homes for sale in the three San Francisco Bay Area metros remained on the market after two months. By contrast, about 70% of homes in Long Island and Albany, NY were still on the market. In addition, the only metros outside California that made the 10 fastest moving list were Seattle and Salt Lake City.

It has become harder to sell expensive homes nationwide and easier to sell cheap ones:

What’s more, home sales in the low-price tier sped up more compared with a year ago than sales in other tiers. The share of low-price homes still on the market after two months dropped 3 percentage points, compared with a 1 point drop for middle-tier homes and a 1 point increase for high-tier homes. As always though, the national trend hides big differences from one local market to another. In many metros, the sales pace is quickening, while in others it is slowing.

Oddly, homes in California are among the most expensive in the country, based on metro area. But research on the housing market, always plentiful, does not often add up.

Methodology: To find out how long homes are staying on the market, Trulia calculated the share of homes for sale on Trulia over a two-month period. After first looking at homes listed on February 5, Trulia then counted how many were still for sale on April 5. Faster-moving markets had a lower percentage of homes still on the market after two months, while slower-moving markets had a higher percentage.