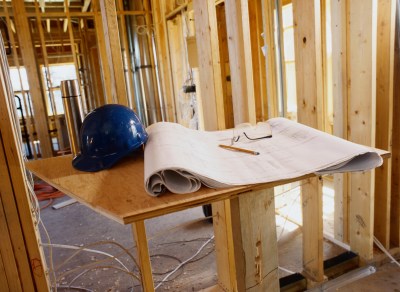 Source: Thinkstock
Two strong reports on the new home market have lit a fire under the homebuilders’ stocks, and none more than Hovnanian Enterprises Inc. (NYSE: HOV) which is up more than 16% in the noon hour Tuesday.

The National Association of Home Builders said yesterday that its builders’ confidence index rose to 61 in August, its highest level since November of 2005. Then this morning the Census Bureau and the U.S. Department of Housing and Urban Development reported that new housing starts in July totaled 1.206 million, the highest level since October 2007.

Hovnanian could use some good news. At Monday’s closing price the stock was down more than 62% in the past twelve months. The company’s market cap has dropped to around $265 million, well below that of its peers. In early June Hovnanian’s shares held 4 Hold ratings after JMP Securities upgraded the shares from Underperform to Market Perform. The consensus price target on the stock is $3.25 which implies a potential upside of about 77% at today’s trading price. The high price target is $4.00 a share.

Lennar Corp. (NYSE: LEN) has a market cap of about $11.6 billion and an equal split of 7 Hold ratings and 7 Buy ratings along with a consensus price target of around $54.70. As with Horton, today’s trading price of around $55.75 is above the consensus.

Since early April PulteGroup Inc. (NYSE: PHM) has received two downgrades, one upgrade, and one reiterated rating of Underweight. The stock’s price target is $23.77 which implies a potential gain of 8% at today’s trading price of around $22.00. The high price target on the stock is $32.00.

The housing market has been bumpy since the economy began to recover some five years ago. The trend has been generally higher, and the market is growing faster this year than it did last year, always a good sign.

New household formation is also at its highest level since 2007, but of the 1.27 million new households formed in the twelve months to June 2015, about two-thirds were created by Americans between the ages of 65 and 74. Just 13% were formed by young adults ranging in age from 25 to 34. The breakdown was reported yesterday by Jed Kolko of the University of California, Berkeley, Terner Center for Housing Innovation.