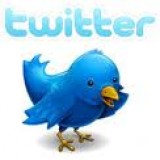 FT: Walmart extends its banking interests: Walmart has taken an equity stake in a rapidly expanding US financial compa… http://bit.ly/aUZDod