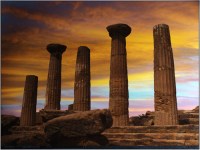 More than 26% of the homes for sale nationwide cut their asking prices in June. The average price cut was 6.25%. The highest median price cut was 11.55%, in Flint, MI, which has been decimated by the implosion of the car industry.

The most immediate cause for the discount: as of April 30th of this year a homebuyer tax credit, available for $8,000 for first-time buyers and $6,500 for current homeowners, was not extended by Congress beyond its scheduled April end date. The removal of this incentive does not bode well for home sales for the middle of 2010. This is especially the case when the short history of homebuyer tax credit is taken into account. In December 2009, the first month after the homebuyer tax credit was originally set to expire, existing home sales dropped 16.7% compared with November, a historically poor showing.

The tax credit caused both a surge in home purchases, because buyers were in essence receiving free money, and prices to stabalize. But in May, annual rates of existing home sales decreased 2.2%.  And worse still, new home sales fell 32.7% from April – the most significant drop since 1963.

Accompanying the dramatic drop in home sales was an increase in the number of homes with underwater mortgages and in the process of foreclosure. For the first quarter of 2010, total underwater mortgages hit 11.2 million, about 24% of all residential loans.  This, along with high unemployment, contributed to an increase in foreclosures. In May, 2010, foreclosures hit 322,920, surpassing the 300,000 mark for the 15th consecutive month.  California, Michigan, and Florida lead the nation in foreclosure notices in May, making up 44% of the national total.

To counter these trends, homeowners have gone to great lengths, cutting the prices of their homes to encourage sales.

Here is a list of the Ten U.S. Cities with the greatest median price cuts for June, 2010 along with the primary reasons for these cuts.