Nine Big Companies That Grew Through The Recession

Starbucks (NASDAQ: SBUX) went through a major retrenchment in 2008 when it discovered that it had too many retail outlets to handle the traffic for a $4 latte. The coffee retailer fired 12,000 people two years ago. Clever merchandising and an economic rebound have put Starbucks back on track. It has created a customer rewards program, offered a wider variety of food and drinks, and has added free Wi-Fi to its stores. Starbucks plans to add 250 new stores this year and 500 next. 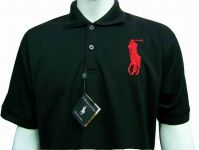 This successful clothing line and home furnishings operation, popular with the upscale set, found that the downturn did little to hurt the appeal of its brand – one that has been a large part of the retail landscape for four decades. Polo (NSYE: RL) opened over 100 stores last year, bringing its worldwide total to 631.

The Apple (NASDAQ: AAPL)  success story goes beyond the remarkable demand for iPhones, iPods, and Macs. The brand is now so strong in consumer electronics that appears immune to normal economic cycles. It recently had yet another record quarter. Moreover, the size of its success has badly damaged smart phone giants like Nokia (NYSE: NOK) and Research In Motion (NASDAQ: RIMM), which makes the BlackBerry. One key to Apple’s success is that it shows off its products in stores set up in the affluent shopping areas of major cities around the world – a well-regarded Apple blogger filmed the insanity that accompanied Apple’s most recent store opening in Philadelphia. Apple had 200 stores at the beginning of the recession in late 2007. It now has 261, and the number is only growing. 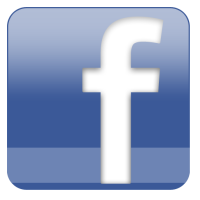 Facebook has probably become the most popular website in the world and may have even surpassed Google in users, according to some traffic measurement services. The social network has crowded out the Web 1.0 portals like Microsoft’s MSN, Yahoo!, and AOL. Facebook had 300 million members last September, 350 million last December, 400 million in February, and passed 500 million earlier this month.