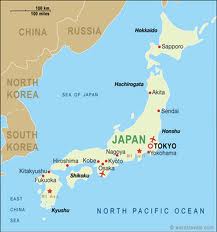 Japan’s Nikkei hit a 15-month low and traded below the 9,000 level. The yen reached a 15-month high against the dollar at 84.24. Japan Finance Minister reacted by saying that the yen’s move could not be justified by economic or trade considerations.

The yen’s jump in value is only one of the problems that are likely to push the nation’s economy back toward a deep recession. The impact of the currency’s valuation has been chronicled extensively.  Profits of large multinational exporters have been severely eroded. Firms including Sony (NYSE: SNE) and Toyota Motor (NYSE: TM) may lose money in the second half due to the yen’s value.

The yen is probably not Japan’s largest problem, but the trouble with the currency compounds more fundamental trouble.

Japan has joined nations in Europe as it cuts its government spending to the bone to offset rapidly rising deficits.  For the affected countries, worsening deficits will eventually mean higher taxes, the need to raise more money in the global capital markets, and a potential downgrade of the ratings of their sovereign paper.The most frightening potential damage from austerity is that it undermines GDP growth by taking critical stimulus capital out of the economy and letting the impact of the downturn to continue to harm businesses and consumer spending. Japan may hurt its own recovery process by leaving GDP to recover without government aid. Many economists believe that this unaided recovery is nearly impossible.

The largest Japanese companies face challenges at home as consumers curtail spending in the face of budget cuts that may hurt employment and undermine government programs that have taken years to create. This coupled by the yen’s rise has to hurt their profits abroad. These firms, hit by difficulties with their sales inside and outside Japan become less likely to have taxable net income and more likely to cut workers.

The value of the yen married with austerity is about to cripple Japan’s economy.