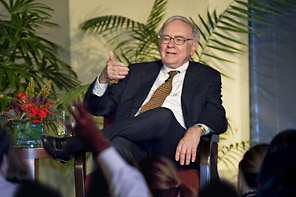 Warren Buffett’s Berkshire Hathaway Inc. (NYSE: BRK-B, BRK-A) has made many changes in portfolio investing approach through time.  The one constant is his ‘forever’ strategy, which now only means a bit more than multi-year for many of his positions.  Since he has adopted a policy of being above the common holder in leaner times and since he has taken BNSF private and broadened out his shareholder base with the Berkshire-B shares, it really seems that this is the time for Mr. Buffett to adopt a more concentrated portfolio as he has many overlapping positions in direct competitors where he could perhaps make more of an impact by making a bolder statement.

We have gone through the entire public stock holdings of Berkshire Hathaway and addressed some of his overlaps, some recent trends, and even gone over some of his ‘forever’ picks.  In oil we are paring up the ConocoPhillips (NYSE: COP) position against Exxon Mobil Corp. (NYSE: XOM).  A few standalone positions that need to be addressed are Kraft Foods (NYSE: KFT), Moody’s Corp. (NYSE: MCO), Republic Services Inc. (NYSE: RSG), and Comdisco Holdings (NASDAQ: CDCO).  In home improvement centers there is this split between Home Depot Inc. (NYSE: HD) and Lowe’s Companies (NYSE: LOW).  In retail, there is Costco Wholesale (NASDAQ: COST) versus Wal-Mart Stores Inc. (NYSE: WMT).  Lastly there is this financial powerhouse group under Buffett via M&T Bank Corp. (NYSE: MTB) and Wesco Financial Corp. (NYSE: WSC).

We took a look at each position versus some rough weightings per sector in the full Berkshire Hathaway portfolio holdings in our screening and decision process.  What is not a factor, and one that could play a role in some of Buffett’s determination presently versus the past, is that Buffett may in his mind have a Keiretsu where all of his underlying business units have secondary relationships with some of his stock and debt portfolio holdings’ parents.

There has been an interesting trade that started but that never really finished.  Buffett made a huge bet in ConocoPhillips (NYSE: COP), which he admitted was a very wrong bet.  His Chinese oil investment he shed due to pressure over Sudan and other civil rights issues, but he recently took on Exxon Mobil Corp. (NYSE: XOM) as a sideshow.

ConocoPhillips (NYSE: COP) is now a position of roughly 29.1 million shares, which comes to about $1.6 billion or so in total today.  Conoco is a steadily smaller stake… lower than the prior 34.179 million shares and yet another cut from 37.7 million two quarters ago and 57.43 million and 62.485 million before that.  Exxon Mobil Corp. (NYSE: XOM) is now 421,800 shares which is the same as before but the position was lowered from 1.276 million shares originally.

Here is the take, and this is something that Buffett needs to consider greatly.  Exxon’s market cap of $310 billion is nearly 4-times that of rival Conoco.  Buffett historically liked to look for ways he could commit his money in a non-disrupting manner but that is no longer the case.  What is interesting about Exxon, particularly when you see where Buffett made his bad bet on Conoco, is that Buffett could quite literally invest as much cash as he wanted to in Exxon Mobil and not move the meter so much here.  Even a (theoretical) 5% stake would cost more than $15 billion today, making it the Buffett giant versus some $8+ billion of Wells Fargo and versus the $1.6 billion in Conoco.  Buffett needs more energy exposure through time, and Exxon is the only logical choice for Buffett to park his billions easily.