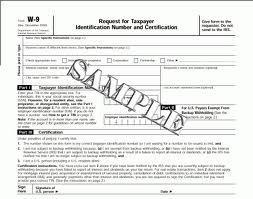 U.S. companies are on a hiring spree though Americans are not benefiting from it in the least.

Writer Martin A. Sullivan argues that the trend is not a big deal.

“Now, there is no reason to get too worked up over this,” he writes. ” True, there are some juicy tax benefits available for moving production offshore, but the great migration was inevitable because of the extremely
low cost of labor in other countries. Tax benefits are icing on the cake.”

Indeed, it seems that everything from customer support to journalism to research can be done cheaper outside the U.S.  Politicians do not like it one bit   Officials in Ohio angered the Indian government by forbidding  government information technology and back-office projects from being shipped to low-cost countries.  President Obama has riled them up further by calling for the end of tax breaks for create jobs and profits overseas without returning them to the U.S.

Of course, it’s election year theatrics.   It’s also a debate that dates to the 1990s and earlier.  Opponents of the North American Free Trade Agreement argued that ending trade barriers would decimate the American manufacturing base.   That’s exactly what happened.

“All 50 states and the District of Columbia have experienced a net loss of jobs under NAFTA, with the U.S. losing 766,030 actual and potential jobs between 1993 and 2000,”  according to the Economic Policy Institute.

Blaming foreigners for America’s economic woes is pointless.  America ran up its deficit above $1 trillion by itself.  The Chinese and Indians never told any U.S. president to spend money that they did not have to quench a never-ending thirst for oil that never seems to end.  All they did was make the best of the situation by selling cheap manufactured goods and services to willing customers.

The sad thing is that the outsourcing trend hurts everyone.  Companies in China and India are facing stiff competition from even lower-cost countries. Unfortunately,  the world  economy is now a roller-coaster ride that no one can figure out how to stop.

Trying to stem the flow of jobs from the U.S. overseas is like trying to use a toothpick to plug a hole in a dyke that’s about to breach with a natural disaster the size of Hurricane Katrina. he pointless blame game has to stop.