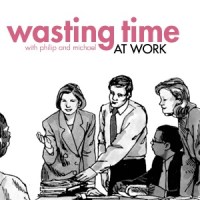 It is broadly assumed that American workers with access to computers spend some portion of their day using them for personal communication, gain, or pleasure. The actual wasted time and productivity turns out to be staggering.

24/7 Wall St. looked at a number of workplace studies about how people spend time online. Most of this research says that workers with PCs are on the Web for 20 to 22 hours a week.  About a quarter of that is time spent on personal matters. That is about five hours of lost productivity each week. It is hard to imagine that any other activity before the advent of the PC could have eaten up that amount of time at work, even considering such productivity killers as going to the corner store to buy cigarettes or gossiping with co-workers around the water cooler.

The PC has become a tremendous tool of both efficiency and waste at the same time. It gives workers the unprecedented ability to communicate, record and analyze data.  Employees, though, now evade their responsibilities at work thanks to a nearly infinite number of social interaction, entertainment and pornography websites

24/7 Wall St. took the total amount of time that workers with PCs spend online in the office while involved in personal pursuits and broke the number down into the top ten “time wasters.”  We used data from survey organizations such as Nielsen, Pew and Harris, and companies that develop software to monitor use of the Internet, such as Pandora’s The Office Software (theOS), to calculate the hours per week spent on non-work activities.

The figures seem to mirror internet activity in general.  Workers spend more than an hour per week on social media, which is by far the most popular way to tie up corporate computer networks. This is followed by online games, and e-mail. None of the other available activities come even close to these three in undermining workplace productivity.

In an attempt to stem the tide, many companies have banned access to social networks.  Last year, a study released by Robert Half Technology, an IT staffing company, found that 54% of companies were banning the use of social networking sites like Facebook, Twitter, MySpace and LinkedIn.
The 24/7 Wall St. Top Ten Ways Workers Waste Time Online: