PR Twist of Fate: BP Could Get Back Billions (BP) 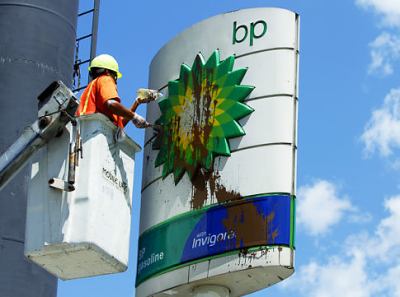 Irony or Paradox?  BP plc (NYSE: BP) “could” potentially see far less liability from its Gulf of Mexico Deepwater Horizon disaster from 2010.  This almost seems impossible, yet here we are.   The question boils down to whether BP decides to just eat the full cost to avoid a public relations nightmare.  In a strange twist of fate comes a report from the Gulf Coast Claims Facility (GCCF) that actual business losses from the disaster may be far less than expected.  At further issue is an expectation that future losses now look to be lower than expected.

The Gulf Coast Claims Facility, or GCCF, issued a report and also showed what some of the responses and concerns are that have been brought up.  It is almost shocking to see that the responses were not outrageous.

The total unique claimants are 490,532 and that was broken down as being 88,083 business claimants and 402,449 individual claimants.  To date, the GCCF has paid some 168,842 claimants a total of $3,460,005,941.09 after a $60 million separate fund for real estate brokers and agents. If you use a linear scale, which is hard to consider as future damages are now looking lower, this would generate a total payment liability of close to $10 billion.

Here is the amazing part of the report from the GCCF… “The GCCF has achieved much in a very short amount of time, and has offered claimants a process that goes well beyond what is required by the law.”

Does this mean that the liability won’t fully reach $20 billion.  No, but… The report goes on to say, “There is simply no factual basis to assume, as the GCCF proposes, that, Gulf-wide, claimants will experience losses in 2011 equaling 70% of their 2010 losses and losses in 2012 equaling 30% of 2010 losses, so that final payments should be twice the amount of actual substantiated loss.”

NOAA even noted that December 2010 was the best shrimping season in the last five years.  In total, shrimpers, tourism, and oyster farming losses may be far less.  The GCCF noted that Gulf state regulatory officials are reporting that damage to oyster beds in 2010 was not caused by the spill or the fresh water diversion; rather, it was caused by increased water temperature and lower levels of dissolved oxygen.  The other issue is that actual losses will have to be shown with a “reasonable certainty” rather than just a mere claim.

Here was the primary reason for anticipating that future liabilities could be lower… THE GCCF’S PROPOSAL TO PAY MOST CLAIMANTS AN ADDITIONAL AMOUNT OF 100 PERCENT OF ACTUAL DEMONSTRATED 2010 LOSSES, IN ORDER TO TAKE ACCOUNT OF POTENTIAL FUTURE LOSSES, IS NOT SUPPORTED BY PUBLICLY AVAILABLE ECONOMIC DATA AND SHOULD BE REDUCED.  The report goes on to say that comparisons to the Exxon Mobil Corp. (NYSE: XOM) Valdez disaster and the Pemex Ixtoc disaster of 1979 are not comparable events.

What you have to ask yourself is whether BP would dare challenge the $20 billion sum.  There is no full way to know if the fund will ultimately pay out $8 billion, $10 billion, or more of that full $20 billion.  Could you imagine how bad the PR would be for BP to sue to get the billions in the balance back?  I can’t imagine that.  The flip side is that you also have to ask yourself if BP would directly pay billions more in 2011 or 2012 to rebuild its public relations.  Most likely not.

BP shares have come roaring back from lows under $30.00 to $47.67 today for its ADRs.  In essence, BP shares are now down “only” about 20% from the pre-disaster highs.  That might not sound good on the surface.  Still, if you were told back in June-2010 that BP shares would rally 75% from the lows it might have seemed like a ridiculous claim.  Here were are… up about 75% from the June lows.

Will BP really get back billions?  It is hard to say.

Reports are out that BP is now claiming that Kenneth Feinberg was far pessimistic on expected losses and far too generous with damage calculations.  The possibilities are starting to seem endless.