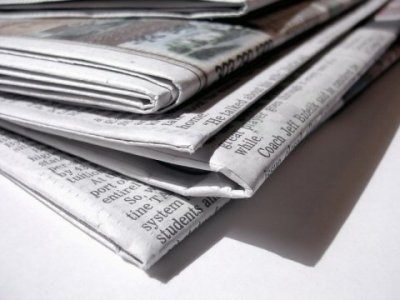 About the only good news in the news business is coming from the web.   The growth, though impressive, is not enough to sustain the profitability of newspaper publishers which are experimenting with ways to charge for their content.

A Project for Excellence in Journalism survey released today found that 41% of respondents got their news  from online sources in 2010, up 17% from a year earlier.  If that survey was done today, those findings would be even higher because of the turmoil in the Middle East and the devastation in Japan.  An astounding 46% of people said they get their news from the web at least three times a week, surpassing newspapers for the first time, which were read by 40% of respondents.   Not surprisingly, Internet advertising revenue surpassed print advertising revenue for the first time in 2010 at $25.8 billion. The State of the News Media report that the non-profit will issue next, though, will be even more interesting because it will show whether readers are willing to pay for news articles.

For instance, the New York Times Co.  (NYSE:NYT) plans to charge readers for accessing some stories  soon though the publisher has never specified a date. During February’s earnings conference call, CEO Janet Robinson sounded an optimistic note, declaring “….we remain confident in our new online pay strategy and the company’s overall future.”  Gannett Co.  (NYSE:GCI), the largest newspaper publisher,  may broaden its paid content experiment, according to Bloomberg.

“We’re going to see more of this until we can get exact a model as possible,” CEO Greg Dubow is quoted by the news service as saying. “We want to be able to do this and do it once.”

Donald Graham, CEO of the Washington Post Co. (NYSE:WPO), recently told an industry conference that his company plans to sit on the sidelines and wait and see how the paywall experiments at the Times and the Times of London work out.  The company today unveiled a redesign of the washingtonpost.com with enhanced video content and other new features.

McClatchy Co., whose papers include the Sacramento Bee and the Kansas City Star, reportedly is considering the idea.   Belo Corp.  (NYSE: BLC) is testing the idea at the Providence Journal. Some paid experiments have been flops. New York’s Newsday, which is own by Cablevision Corp. (NYSE:CVC), got only 35 paying customers for its site between October and January, according t0 Newspaper Death Watch.

“At $260 per subscriber per year, that amounts to just $9,000 in annualized revenue for a relaunch that reportedly cost $4 million,” the site says.  “There’s more to the story, of course. The total audience of potential online subscribers to Newsday is pretty small, given that the service is free to subscribers to Optimum Cable, which is owned by Cablevision.”

News Corp’s Wall Street Journal has had its articles sealed off by a paywall for years.  Related sites such as MarketWatch, though, remain free.  WSJ.com was free for a day in January thanks to a sponsorship with Acura.

Besides making people pay for stuff that they get free,  media companies have an even bigger problem with their online strategies: young people are tuning them out. Fifty four percent of 18 to 24 year olds said they viewed a newspaper online last year, down from 64% in 2009.  There was a nearly an equal increase in news consumption among people older than 55.

For newspaper publishers, this underscores the huge challenges they face.  Advertisers generally prefer younger consumers because their brand loyalties have not been established yet.   Paywalls may drive more readers to aggregation sites such as Huffington Post which offer them summaries of articles or to blogs.

The future on online news is bright but is not without storm clouds.