Natural Gas Drilling Is at a Crucial Turning Point 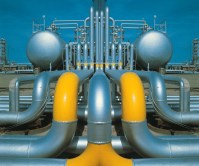 ProPublica has been covering gas drilling since 2008. When The Guardian asked us to participate in a series it is running about hydraulic fracturing and natural gas, we wrote this analysis of how Europe might learn from the problems we’ve uncovered in the United States.

First, a wave of new natural gas drilling swept across the United States. Mountain and pastoral landscapes were transformed into landscape-scale factories that optimistically promised a century’s worth of clean-burning fuel and a risk-free solution to dependence on imported oil. In 2008, it seemed the ultimate win-win in an era of hard choices.

Where the drilling and fracturing happened, water wells sometimes became contaminated. Waste pits leaked into aquifers. Large quantities of fresh water were used. Mountain glaciers and Wyoming valleys became shrouded in smog. Reports began to emerge that natural gas might cause almost as much greenhouse gas pollution as coal.

Now the industry is at a crucial point. Even as the hard lessons have come into focus, the myriad opportunities presented by this vast fuel source have made its development inevitable.

In the United States, President Barack Obama stands firmly behind expanded natural gas use and the local economic development it brings. In the next 10 years, the United States will use the fracturing technology to drill hundreds of thousands of wells in cities, rivers and watersheds. Drilling – along with fracking – is fast expanding across Europe, South Africa and Russia. And it will not stop while oil prices are at record highs, the Middle East is in turmoil and nuclear energy is bogged down by global distrust after the Fukushima crisis.

The industry and governments need to figure out how to scale up gas drilling safely and how to learn from the mistakes in the United States where the fracturing technology was first put to commercial use. The problem is that despite their head start, U.S. scientists and regulators have not answered crucial questions about the risks.

Where will the vast amounts of water for fracturing come from, and how will the waste water be safely disposed of?

Are regulations in place to make sure the industry extracts the gas as safely as possible and that underground sources of drinking water are protected?

And what, exactly, happens when bedrock is shattered and filled with chemicals deep underground?