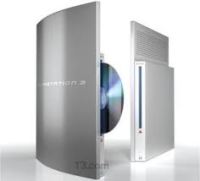 Things have gone from bad to worse at Sony Corporation (NYSE: SNE).  Whether you spell “PWN” as “Powned” or not, Sony and its millions of PlayStation network users just got powned!  The company’s severe issues with its PlayStation network are far worse than expected.  Last week it had a security breach and the company has now admitted that a severe hack attack took place.  Japanese businessmen hold themselves to higher standards than many of their international counterparts. Unfortunately, they might not be any better at staving off man-made disasters.

Whether or not credit card data was stolen or not is not yet known.  The rest of what was compromised is bad enough that the fallout could be grave for the company.  The company admitted that users’ names, addresses, country, email address, birth date, PlayStation passwords and logins, and online ID are all believed to have been hacked.

The company said it is rebuilding the system and expects to have its services restored within a week.  It is also urging users to watch closely for identity theft attempts via phone, mail, or email.  When the service is restored, it also wants users to change account information if possible.

The Sony blog post does not immediately hint that this is as severe as the issue really is. When you read the first introduction there is really nothing more than the hint of an update rather than a “Hey, you might be hosed” public service announcement.  The post starts out in summary as follows:

It is only the READ MORE that fessed up to the major goof here.  Hack attacks are one thing.  If the rest of this data was obtained, it may seem like common sense that credit card or alternative billing data was accessed as well.  In fairness, that may not be the case.  We won’t know if that is the case until the company makes a further update.

This is one more blow to a bruised reputation.  Things have not been what they used to be at Sony for quite some time.  At this rate, it seems that the beatings will continue…