The Ten Big US Government Failures Of The 21st Century 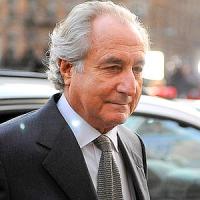 Taxpayers are more on guard about what the federal government spends than they have been in years, or perhaps longer, as threats of a high deficit and national debt highlight concerns about a drop in the money paid into Social Security and Medicare. Most people would rather have an adequate retirement aided by Social Security than to pay for an agency that protects the interests of investors.

Americans pay a great deal in taxes to fund the federal government. The Obama administration’s proposed 2012 budget for the FAA is $18.7 billion. The SEC’s budget will probably be more than $1.2 billion for the next fiscal year. The cost to operate the FDA will be about $2.5 billion. Oftentimes, the taxpayers’ money is not well spent. There have been many high-profile cases where agencies failed in their core missions to serve the best interests of the public.

The SEC’s failure to catch Bernie Madoff years ago astounds. Regulators were warned several times that his returns were too good to be true. FEMA was late to get supplies and manpower into the Gulf Coast areas after Hurricane Katrina in 2005. The blame for that trouble went all the way up to President Bush. The head of FEMA lost his job.

It is reasonable to ask whether any agency with any budget can police its entire beat. A federal agency like the FDA has to do research on and track scores of drugs and how they are used or misused. It is bound to make a mistake now and then. The Minerals Management Service cannot check every oil rig every day. It only takes one series of mistakes to cause an explosion such as the Deepwater Horizon. Accidents cannot be prevented in all cases. That is the excuse that government agency managers make when things they oversee go wrong. Some of the excuses are reasonable.

What most Americans do not consider reasonable is when there are tremendous mistakes made by agencies which cause loss of life, injury, or loss of property on a grand scale. Air traffic controllers should not be asleep on the job. Millions of toys painted with dangerous lead should not be imported from China and sold to children. The magnitude of those mistakes is just too great.

24/7 Wall St. examined the records of many government agencies and news reports about important agency failures to fulfill their mandates. We picked ten of these, all of which happened in the last five years and created a list of the greatest agency failures during that period. As a group, they point to the reality that the federal government cannot do everything, but when one of its agencies makes a large mistake, the results can be fatal.