Companies That Were Crushed By Their Auditors 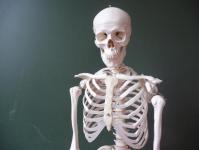 There is almost nothing worse a public company can get from its auditors than a “going concern” opinion.  That means that there is a good chance that the corporation in question cannot make it through the year unless it can raise money or otherwise transform its business operations. The auditor “going concern” opinion is usually filed as part of a company’s 10-K

24/7 Wall St. looked at some companies which had good prospects just a year ago, but now may be on the brink of disappearing

1. Hampton Roads Bankshares (NASDAQ: HMPRD). The financial firm’s stock trades at $15, down from a 52-week high of $77.50. The company has just done a reverse split of one share for every 25, probably to conform with NASDAQ share price rules. CEO John Davies has a $500,000 base pay package and very generous “change of control” clause in his contract. The bank holding company’s auditors are not its only problem. It discloses in its 10-K “Under our Written Agreement (the “Written Agreement”) with the Federal Reserve Bank of Richmond (“FRB”) and the Bureau of Financial Institutions of the Virginia State Corporation Commission (“Bureau of Financial Institutions”), we were required to raise additional capital. “

2. W. R. Grace & Co. is engaged in the production and sale of specialty chemicals and specialty materials on a global basis through its two operating segments, Grace Davison and Grace Construction Products, according to its 10-K.  The company also said “We are currently operating as a debtor-in-possession under court protection from creditors and claimants,” and added “We voluntarily entered Chapter 11 to resolve comprehensively the nearly 130,000 asbestos personal injury and property damage claims against us, as well as any future demands which may be asserted.” CEO AE Festa made $5.7 million last year.

4. Brandywine Real Estate. The company raised some cash, but for the first quarter, Net loss allocated to common shares totaled ($2.6 million) or ($0.02) per diluted share  compared to($2.5 million) or ($0.02) per diluted share in the first quarter of 2010. In its 10-k, the company writes, “As of December 31, 2010, we owned 208 office properties, 20 industrial facilities and four mixed-use properties that contain an aggregate of approximately 25.6 million net rentable square feet.”