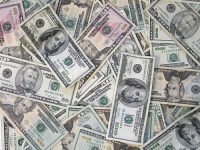 Whether or not initial public offerings are performing properly in the after-market is one thing, but the game that investors are trying to win now is in securing pre-IPO shares of companies which are going to come public or which are likely to come public soon.  A new business development company, which will trade in a closed-end fund structure, called Keating Capital aims to invest in companies that fit right into the pre-IPO sweet spot.  The structure is a publicly reporting company now with the SEC and it should be a public company that trades under the very appropriate ticker of “KIPO” on NASDAQ late this year.

24/7 Wall St. was given a chance to ask Tim Keating some questions in an interview about Keating Capital, as well as regarding industry trends and some recent deals that have been seen.  He has roughly 26 years of history in the capital markets and investing and his Denver, Colorado-based Keating Investments was founded in 1997.  Its site can be accessed here.

Keating has raised roughly $53 million through the end of May and that figure is expected to be roughly $70 to $75 million upon completion.  It is also expected to have about 3,500 shareholders by the time it is said and done.  Keating’s specialty is making pre-IPO investments in innovative and high growth private companies that are committed to becoming public within roughly eighteen months of the investment coming about.  Each investment is expected to be about 5% of the fund’s capital, implying up to $3 million to $4 million per investment.

The firm has already enjoyed some success even before being truly public on the markets.  Two of its investments have already made it to come public: Solazyme, Inc. (NASDAQ: SZYM) is a renewable oil and green bioproducts company; and  NeoPhotonics Corporation (NYSE: NPTN) a developer and manufacturer of photonic integrated circuit based components for use in telecommunications networks.  The group has also recently been involved in several other capital transactions and investments:

We asked Tim Keating about this week’s news that GSV Capital Corporation (NASDAQ: GSVC) had announced a tentative transaction to buy shares in Facebook that reportedly assigned a $70 billion valuation.  On this front Keating noted the successes of Michael Moe, GSV’s chairman and CEO.  As far as the valuation, Keating noted that the Facebook valuation is dependent upon its real financial situation and we all know that the internal finances of that social media giant are under lock and key.

As far as the valuation for LinkedIn Corporation (NYSE: LNKD), Tim Keating noted that limited float and high valuation multiples seem sustainable “only if that dramatic growth can remain in place.”