The Most Complex Budget Proposal: Too Much, Too Late 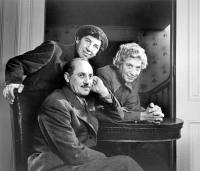 Senator Tom Coburn of Oklahoma spent most of Sunday promoting his plan to transform the U.S. budget on network TV. He released the 600-page proposal today. It was not worth the wait. His proposal was delivered too late, covered far too many subjects and too much  minutiae to be of any real value.

Coburn’s “Back in Black” would cut $9 trillion in federal spending over the next decade, and therefore would lower the national debt by the same sum. His projections about tax receipts will have to be correct for his forecast to be accurate, but that is the least of the problems with “Back in Black.”

Coburn’s plan was released on July 18. The deadline to raise the budget cap is August 2. Most members of Congress and the administration believe that a deal on the budget will have to be in place about a week from now so that all the formalities necessary for the passage and signing of a bill can take place by the August 2. Coburn’s plan is long and so replete with details that it will take several days to be be read and deciphered. He should have released it a month ago if he really wanted it to be important in the budget cap debate.

Actually, many of the suggestions in “Back in Black” could have been useful as a partial set of guidelines for future federal budget plans. Some of the largest cuts he proposes will need to be implemented if there is any chance that a deficit reduction can begin in earnest. Coburn has $1 trillion in defense expenditure reductions. Most congressmen believe that hundreds of billions will have to be taken out of the costs of the U.S. military between now and 2021, and the White House has not disputed that.

Coburn’s plan is undermined by his  attention to useless detail, diffusing  the potential power of a few important ideas.  Reduction of  the costs of limousines does not belong in any serious federal budget document as does a section of “Back in Black” reads: “To set an example for the American people and remove the perception of government excess, the federal government should reduce the number of limousines down to 2008 levels and save $115.5 million over ten years.” The suggestion is out-of-place in any important document, particularly when it is nearly adjacent to details of how Washington “would reduce the federal workforce by 15 percent, or 300,000 federal employees, over ten years.” Coburn would have been better off with an explanation of how the government will pay for the unemployment insurance costs for all of those people.

Among Coburn’s ideas that are worthy of debate is one that calls for a cessation of unemployment benefits payment to people who report over $1 million on their tax returns. Less important, probably, is the plan for the elimination of the Small Community Air Service Development Program to save $7 million a year.

“Back in Black” will gather dust on the shelf while Congress tries to settle the few dozen issues that are at the core of the debate over the debt ceiling.