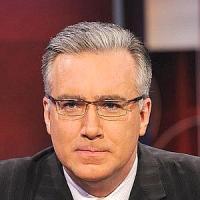 Foreign oil companies may have to give up natural gas rights in Iraq. (Reuters)

Several large pharma firms are in the early stages of an attempt to find new and more effective cholesterol drugs. (Reuters)

Hewlett-Packard (NYSE: HPQ) to spin off its PC unit. (Reuters)

Larry Page, Google’s (NASDAQ: GOOG) new CEO, has trouble as he looks for new direction for the company. (WSJ)

Bank of America (NYSE: BAC) sells half of its stake in China Construction Bank  for $8 billion. (WSJ)

The European Central Bank may reconsider its stand on inflation and keep rates low. (WSJ)

The price of damages from Irene may hit $12 billion. (WSJ)

Italy may expand the cuts in its austerity package. (WSJ)

The government in Brazil to lower spending and press for lower bank interest rates to bring down inflation. (WSJ)

UAW members press their president to get them a better deal with the Big Three. (WSJ)

Truck makers Volvo and Scania to prepare aggressively for another economic slowdown. (WSJ)

The IASB takes a dim view of how banks handled accounting for renegotiated Greek debt. (FT)