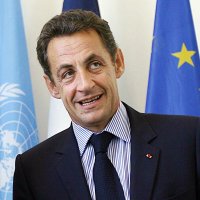 Experts at Goldman Sachs (NYSE: GS) believe that France and Germany will slip into recession. That would seal the fate of Greece more than all the battles and maneuvers among powers at the ECB, IMF and financial ministers in EU nations. Ironically, it may be the contraction of French and German GDP that undermines help for Greece and the trouble created by its ongoing drop in GDP. No one nation can help another if the entire region sustains economic damage.

Goldman Sachs’s opinion is just one voice, but it joins a number of others. The IMF  and OECD have expressed deep concerns about EU growth. All of these warnings were nothing more than educated guesses. Now it appears that they were very good judgments.

Germany is the linchpin of any bailout of a Greece or other countries in the region. That is old news. The forecast of a recession in the largest nation in the region is not. The tide of the world economy has turned against Germany, and that has only happened in the past month or two. Germany’s manufacturing and technology driven businesses are fueled by exports to the U.S. and China. The U.S. economy may have reached it own tipping point. And there are signs that the 9% growth of China’s GDP is threatened by export problems of its own. China’s expansion is supposed to be “decoupled” from the rest of the world. It turns out that this is almost certainly a myth. Germany needed that myth to be true.

Greece’s recession may well not be what causes a default that quickly spreads to other countries. Germany’s lack of an ability to commit funds may be the trigger instead.