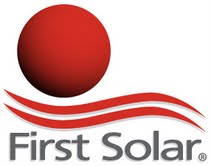 San Jose-based SunPower, which is majority-owned by French oil and gas major Total (NYSE: TOT), received a $1.24 billion guarantee for its California Valley Solar Ranch project. This 250 megawatt facility, which is being built in San Luis Obispo County, is expected to harness enough PV energy to power more than 64,000 homes and cut carbon emissions of some 425,000 metric tons into the atmosphere annually. Additionally, officials in both the administrations of President Barack Obama and California Governor Jerry Brown boast the federal incentives will help to fund employment of some 350 jobs during build-out — from architects and electricians to delivery drivers and pipefitters.

“None Love the Bearer of Bad News”

The ancient Greek playwright Sophocles (496 BC – 406 BC) reminds us that no one likes to hear the bad news. Well, too bad: When construction winds down in the next 18 to 24 months, permanent jobs created at Solar Valley are expected to number fifteen — at best!

Backers of the PV-scale utility counter that $315 million will be injected into the local economy through direct and indirect impacts over the life of the project, from an influx of spending dollars (worker wages) to resultant savings from smaller fossil fuel imprints.

“Since light travels faster than sound, isn’t that why some people appear bright until you hear them speak?”  (Steven Wright, comedian)

SunPower management and Governor Brown have boasted, too, that the project will nourish growth of  additional manufacturing jobs in the state, as solar panels for the Solar Valley facility will be supplied by the company’s new 75-megawatt (MW) plant located in Milpitas, a suburb of San Jose. Not to be repetitive, but, duh, think again.

The Milpitas plant was built in partnership with Flextronics (NASDAQ: FLEX), a Singapore-based electronics subcontractor used by U.S. semiconductor companies to assemble chips more cheaply offshore. The taste of irony is that in addition to partnering with a company that steals U.S. manufacturing jobs, SunPower used DOE funding “to develop both a more efficient panel and lower-cost process for producing the panel,” according to Julie Blunden, SunPower Executive Vice President of Corporate Communications and Public Policy. Though the facility has some 100 employees, doing mundane tasks like soldering the strings of solar cells together or quality-control inspections, the bulk of the PV module process is highly automated.

It is likely, too, that this additional DOE “seed money” will have unintended consequences, in particular, job destruction: Silicon Valley, as admitted by Blunden, is a relatively high-cost labor center. Module prices are anticipated to fall even further next year, as Chinese solar module makers — reputed to be running at less than 50% capacity due to weak demand in Europe — flood global markets with even cheaper products across the PV supply chain. Facing such fierce competition and continued module oversupply, the 10Q Detective suspects SunPower will not be doing much more hiring in the U.S. — of humans, that is.

Memo to Secretary Chu and Governor Brown: the billion given to SunPower will help grow employment, just not in the U.S. Collapsing margins have forced SunPower to ship hoped-for manufacturing jobs outside our borders. In addition to ramping up component manufacturing in Malaysia, the company announced last month that it is constructing a manufacturing plant in Mexicali, Mexico, to assemble the solar panels to be installed at the Valley Solar power station!

Similar to SunPower, however, permanent jobs created will pale in comparison to dollars spent on the projects — just 40 to 50 operations jobs! Additionally, despite best intentions, most of the jobs necessary to assemble components and modules required for these projects will likely go to workers in countries located outside the U.S., in particular Malaysia:

Those bullish on solar will argue with my math and point to First Solar’s construction of a $300 million factory in Mesa, Ariz., as proof of the worthiness and economic value behind the DOE’s investments. First Solar promises to hire 600 at first — with expectations to bring on as many as 4,800 workers as it ramps up capacity to meet demand for its thin-film PV panels in solar farms across the southwestern U.S.

Unfortunately, falling profits will likely force First Solar to back away from its ambitious plan to expand U.S. manufacturing capacity: Second-quarter gross margin fell to 36.6%, from 45.8% in the prior quarter, as average selling prices plummeted by 13%.

“Hell Is Paved with Good Intentions, Not Bad Ones.”

As judiciously noted by Irish playwright George Bernard Shaw (1856 – 1950), politicians’ inventive scheming to grow “green” jobs in the U.S. by rushing through DOE-backed solar loans could ultimately prove disastrous for U.S. taxpayers. Ignorance of industry dynamics has already been demonstrated by those in charge of the cash register: $528 million lost in the growing Solyndra bankruptcy scandal!

To paraphrase the late satirist Will Rogers: “The woods are full of people who learned to write but evidently can’t read. If they could read their stuff, they’d stop writing.” Sadly, the corridors of power in Washington DC appear to be crowded with those that can neither write nor read. Expect more millions to be lost in the sake of “jobs creation.”