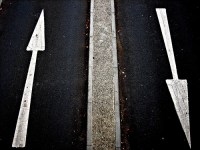 Each quarter comes a report from Gabelli & Co. for its FOCUS FIVE list of equity picks for the quarter ahead.  Since inception at the end of January 2006, the FOCUS FIVE is said to be up over 200% versus about 4.5% for the S&P 500 Index.  More importantly, the last list rose almost 5.7% from August 2 to October 31 against a drop of 3.02% for the S&P measured by Gabelli.

The current picks are Cameco Corporation (NYSE: CCJ), Dana Holding Corporation (NYSE: DAN), Southwest Gas Corporation (NYSE: SWX), Ixia (NASDAQ: XXIA), and Xylem Inc. (NYSE: XYL).  Yahoo! Inc. (NASDAQ: YHOO) is not on the list after it was removed as the only repeat stock of the prior quarter on the list.  We would note that Gabelli is generally much higher than the consensus analyst targets from Thomson Reuters and Gabelli’s FOCUS FIVE upside targets range from gains of 34.5% to as much as 63%.

In the FOCUS FIVE list, Gabelli often looks for what would be considered special situations, or undervalued opportunities based upon not-yet finalized information.  Some are very speculative in nature, while some are not so speculative.  In most cases, many investors follow the Gabelli team because they are often looking for mergers and acquisitions or some other special situation that the market may still be discounting.

We have included price information, a summary of the call, shown the 2011 earnings estimates, and shown the Gabelli “private market value.”  We also gave upside price targets comparisons for the Gabelli target versus a Thomson Reuters consensus price objective target as well as what the “PMV” has for upside.

Cameco Corporation (NYSE: CCJ) is at $21.43 and Gabelli wants to know if China will restart its nuclear efforts.  The uranium producer is said to be on track to double its uranium production to 40mm pounds by 2018.  A focus on China is here because it may restart issuing new nuclear reactor licenses after having suspended them in the wake of the Fukushima, Japan incident.

Dana Holding Corporation (NYSE: DAN) is at $14.14 and Gabelli noted the recent quarterly earnings showed sequential improvement in the Commercial Driveline segment with 60bps of sequential margin expansion, despite commodity headwinds. Gabelli also noted 12% EBITDA margin within the segment.  Another focus was Dana’s “optimal position to benefit from a global light and commercial vehicle growth” and it concluded that management has a strategy to “continue improving internal operations and enhancing margins.”

The Gabelli private market value is $23.00 for Dana, a bit higher than the $21.31 consensus target provided by Thomson Reuters. If Gabelli’s target gets hit then there is 58.5% upside in Dana.