The Most Valuable Movie Franchises Of All-Time 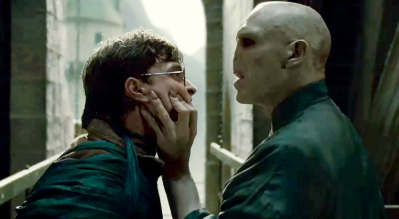 The movie industry grosses billions of dollars per year in box office sales. The amount of money invested on the top movie franchises is mind-boggling, but the largest films have yielded significant returns for the studios and production companies. Some movie franchises are poised to get even larger as more prequels and sequels are being released in 2011 and 2012 to add to their franchises’ value.  With these new box office sales, many film franchises will either challenge or take a spot among 24/7 Wall St.’s top ten movie franchises of all-time.

The James Bond franchise has more than 20 movies already and is getting a new film in 2012.  Then there is the extremely successful Twilight series, which grossed about $1.8 billion in sales in its first three films alone. The two-part Breaking Dawn installments, to be released in November 2011 and in November 2012, will push the franchise’s value even higher and it could easily move into the top ten. Similarly, the three Ice Age films have grossed about $1.92 billion. The fourth installment, coming in July 2012, could make it another worthy contender for the top-grossing franchises.

Mission: Impossible – Ghost Protocol, the fourth in the MI franchise, will hit theaters in December 2011. So far, the three previous movies have grossed about $1.4 billion. Men in Black and Ghostbusters were large film franchises and each has a third film coming in 2012, although neither seems likely to be a serious challenger to the top ten of all-time.

Star Trek’s franchise is so far eleven films, with $1.3 billion in box office sales, is currently far from contention as a top ten movie franchise. The success of the “reboot,” along with a new sequel in the summer of 2012, could propel the franchise up in the ranking if they keep making new films. Similarly, the Iron Man series, which grossed so far $1.2 billion with the first two films, could be propelled much higher with the upcoming Avengers and Iron Man films. James Cameron’s Titanic from 1997 has grossed $1.843 billion in global ticket sales, but the film is about to get new life with a 3-D release in 2012 even if most viewers know the fate of the ship and the characters.

Some blockbuster movie franchises like The Matrix, Jurassic Park, Toy Story, Indiana Jones, X-Men, and a dozen or so others are currently just honorable mentions.  The current threshold to be a top-ten movie franchise is effectively about $2.5 billion in global box office ticket sales. That does not even count DVD sales, rental fees, comics, books, toys, memorabilia, and other movie merchandise. The coming waves of new sequels and prequels will raise that threshold much higher. Almost all sales data came from Box Office Mojo and some international sales data on older films came from IMDB.