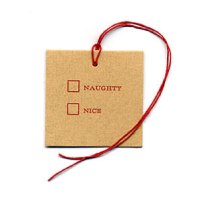 From dumb and dumber investment decisions made to dramatic “You Can’t Handle the Truth” shout-outs roared by actor-wanna-be (Jack Nicholson’s) Colonel Nathan R Jessep-types (“A Few Good Men”), 2011 was a bad year to make money with unjustified umbrages: Read on and see how companies once thought to be golden locks often turned to be salivating sticky drool from  the worst and bad of the baddest of regulatory filings delivered to the Securities and Exchange commission in 2011.

Total SA (NYSE:TOT) showed us in 2011 that a big, bad oil company could be visionary when it announced a friendly tender offer for a 60 percent stake in solar module maker SunPower (NASDAQ:SPWR) in late April. “Total is executing on its strategy to become a major integrated player in solar energy,” said Philippe Boisseau, President – Total Gas and Power Division.”We evaluated multiple solar investments for more than two years and concluded that SunPower was the right partner based on its people, world-leading technology and cost roadmap, vertical integration strategy and downstream footprint.” The French-based energy major might have wanted to wait another year before jumping into the solar pool: Unfortunately, like most manufacturers of photovoltaic panels, San Jose-based SunPower derives most of its sales from European customers with operations in troubled countries like Italy and Spain. Euro woes coupled with subsidy cutbacks has decimated dema nd and average selling prices for solar panels. Total paid $1.4 billion, or $23.25 per share, for a controlling interest.  At year-end, SunPower’s common stock had lost 77 percent of its market capitalization, selling at $5.25 per share. With a rebound in photovoltaic demand or prices unlikely next year, expect Total to write-down this solar investment as impaired.

Yahoo’s (NASDQ:YHOO) online search ranking in the U.S. continued its slide this year – falling to an all-time low in September:  Digital intelligence researcher comScore reported that Yahoo’s share of the overall market fell to 15.5% (compared to Google’s leading 65.3% share), down from 18.9% in June 2010. Even after the messy firing of embattled CEO Carol Baratz in September and other management shuffles, criticism of the board’s recognized inability to engineer a strategic turnaround continued. Third Point, a hedge fund run by Daniel Loeb, disclosed a 5.1% stake in the online media company last fall and called for the resignation of co-founder Jerry Yang and other board members: “From the failed Microsoft (NASDQ:MSFT) sale negotiations [rebuffed $44.6 billion, or $31 a share, buyout offer in 2008], to a subsequent bungled and disappointing search deal with Microsoft, through a series of misguided CEO selections… this Board’s failures have destroyed value for all Yahoo stakeholders,” excoriated Loeb in a letter addressed to the board on September 8. “Instead, a reconstituted Board with new Directors who will bring fresh eyes, relevant industry expertise and increased investor alignment to the table is immediately necessary.” Loeb opined further that Yahoo was an iconic asset, which led by a reconstituted board and management team could result in a rapidly appreciating stock to a targeted value of up to $23 a share. Notwithstanding all the noise generated by Loeb, given the fractured board’s inability to ever reach consensus on a unified business strategy – such as, spinning off its 43 percent stake in Chinese internet provider Alibaba or rebooting its advertising and online shopping businesses –  Yahoo’s long-suffering stockholders won’t find much deal-making value in their stockings come Christmas

Domestic sales at Skechers (NYSE:SKX) plummeted 34.6% to $591.3 million for the nine months ended September 30, mostly due to softening demand for the footwear maker’s toning shoes (sneakers purposely designed with rounded soles that allegedly re-shaped one’s doughy backside). The average selling price per pair of “Shape-ups” in the September quarter fell to $20.16 from $24.81 per pair in the prior year; unit volume sold declined 38.9% to 7.4 million pairs in the latest quarter. That consumers have tired of this next “great” fitness fad was evidenced in corporate “speak” found in Skecher’s third-quarter earnings filing: “We believe that new styles and lines of footwear that we will be launching later this year will have an offsetting positive impact on our results of operations in 2012.” With the share price off 52 percent from its 52-week high of $23.66 per share (reached on February 9), investors have little confidence that management can turn around dismal fundamentals. Given that chairman and chief executive Bob Greenberg (and his family), beneficially control 34.9% of the collective voting shares, it’s doubtful any radical shakeup will occur from within too.